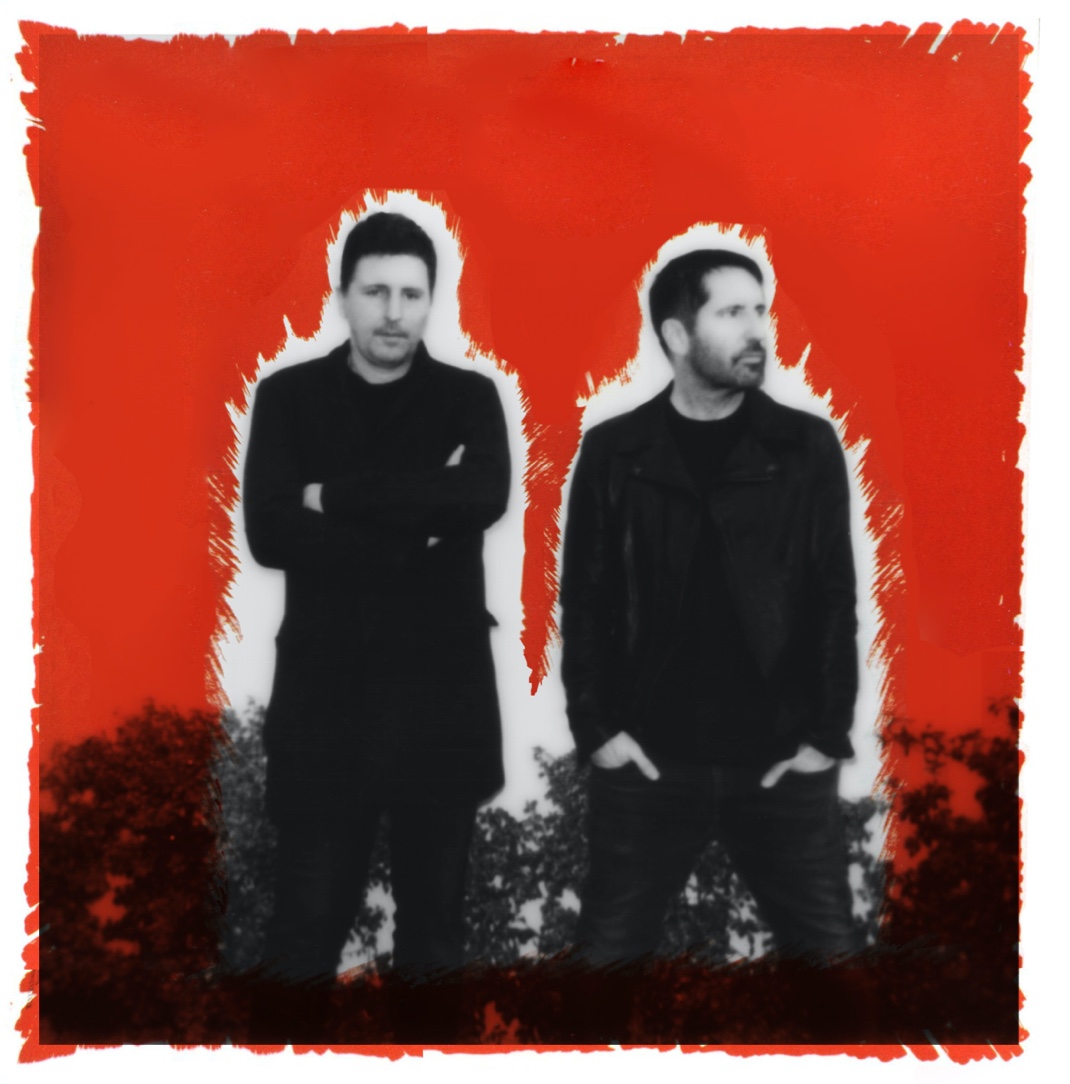 Trent Reznor and Atticus Ross have written a dozen film and television scores together. Not just partners in Nine Inch Nails, they have won multiple awards for music in visual media: an Oscar and a Golden Globe for The Social Network, a Grammy for The Girl with the Dragon Tattoo, an Emmy for Watchmen. But they had never tackled a project quite like Mank.

Director David Fincher, whose films The Social Network, The Girl with the Dragon Tattoo, and Gone Girl Reznor and Ross also scored, came to the duo with a period piece set between 1930 and 1940 and shot in black and white, the story of Hollywood screenwriter Herman “Mank” Mankiewicz (played by Gary Oldman).Reznor and Ross’s previous scores had been created with synthesizers, samplers, and sequencers in their Los Angeles studios, where they recorded all of the music themselves. Mank required something different: a more traditionally orchestral score, with swing-jazz and dance-band elements appropriate to the era. It was an arena in which neither Reznor nor Ross had any prior experience.So they listened to the popular music of the 30s and 40s and, intriguingly, the early film scores of Bernard Herrmann, the longtime Orson Welles collaborator. His music for Citizen Kane proved inspirational in terms of the style of orchestral writing that frames Mank.Ultimately, they created more than 90 minutes of original music, played by the equivalent of a 70-piece orchestra and big band. Because of the pandemic raging through the summer and fall of 2020, all of the musicians performed individually in their home studios and were mixed together into a seamless whole.“It was an incredibly intoxicating, inspiring environment,” Reznor says of working with Fincher. “We felt like artists, not artisans, being challenged to try to make something awesome.”We talked to the musicians and the director about creating the music for Mank.

Jon Burlingame: What role did you envision music playing in your film?
David Fincher: I initially went to Trent and Atticus basically to say that I didn’t know whether this needed to be symphonic and tipping its hat to Bernard Herrmann, or if it should be synthesizers. I just dropped it in their laps and said, “You guys are much better at this than I am. What should we be doing?” They made 45, 50 minutes’ worth of music and sent it over. Within seconds of hearing it I wrote them and said that we wanted to use it all.

Trent Reznor: We had about six months before real work would have to start. We spent a lot of that time absorbing music of the era. Whenever we ever had time to listen to music, we’d put on radio hits from the time. David sent us a playlist of music that felt in the DNA of a project like this. It seemed to us that our initial approach should be to see if we felt inspired using the palette of an orchestra, in the spirit of something Bernard Herrmann might do in terms of arrangement. We also felt the score would need to have a big band, a kind of hustle-bustle component. To our surprise, we felt really inspired and excited about having that set of rules placed upon us. It felt like it would be right for the film.Atticus Ross: I was nervous before we started. We were very conscious that we didn’t want it to be like a stunt. We wanted it to feel authentic, us using a different toolkit. The early experiments that Kirk Baxter, the film’s editor, did against the picture informed us that the big band would probably work for the studio aspect and the orchestra could speak more to the emotional journey that Mank faces in the storyline. It was enough of a road map to begin composition with some confidence that we weren’t going to terribly embarrass ourselves.

At this point did you prepare a team that would help you realize your ideas orchestrally and in terms of the big band? Or did you write the material and then worry about how to record it later?
TR: We developed a new technique. Usually, it’s the two of us in the studio and when we finish, it’s done. This, we endlessly tweaked back and forth with David. There is also no recording stage in our typical process because we’ve already played the final music ourselves. We did fully orchestrate the entire film with samples and programming, but in the meantime we looked to who would be the right arrangers to translate that into actual people playing it.

We wound up with Dan Higgins arranging the big-band music. Conrad Pope did the orchestral arrangements. We met him and felt there was a deep understanding of what we were trying to pull off. We needed him to take this material, which sounded right to us and the filmmakers, and consider any tweaks that would add authenticity through the filter of that era. The other hidden surprise that no one was expecting was that there was a global pandemic and no one could actually record in the same room. That situation emerged about halfway through the translation from our demos to the arrangements.David, were you part of the collaborative process along the way?
DF: I tend to get people who are much more talented than I am at all of the disciplines that are necessary to make a film, and then I get the fuck out of their way. We would have conversations about why we felt something worked and maybe what had been lost in translation. I loved what I had heard as a demo, and I trusted that we would get there as the final things came in and Trent and Atticus got to perfect them. Once we heard the demos, it was a process of saying, “Here’s why I think this is really great. Here’s what I don’t want to lose about this,” and then it was their perfectionism that I would hide behind.AR: I would say in the history of our working together, we had probably the most intense spotting sessions [choosing where music goes and what it should express] on this particular film. Those were incredibly helpful because there is a language of cinema of the era that is encapsulated in aspects of this score that David could speak to. I don’t think Trent or I have quite the encyclopedic knowledge that he does in that area.How did you record an orchestra without everyone playing in the same room?
AR: We had a disinfecting team who could take microphones to each musician. There were notes from the engineer on how each instrument should be placed, etcetera, etcetera. Then from each arranger there was a set of notes and the sheet music, and for the first session, we got Zooms of everybody playing. It was these fantastic musicians, but in their kitchens — or maybe one of them has a studio or one is in their bedroom. Everybody recorded their parts and then we had to assemble them.

What about the source music, the various band pieces heard in the background? You could have licensed songs from the era, but you actually wrote a lot of that.
TR: David had described in detail a scene with music that would be playing while Mank is on the film set. It needed to feel a little stuffy and not cool. It was the music playing on a turntable while the dialogue’s taking place. That’s incredibly rich and it’s a great creative seed. What would that sound like? We wrote a number of pieces as we started gaining confidence that we could actually do this, and then part of it was just studying the music of the era and trying things and having fun with it.

David, is there a particularly special moment in the film that would not have been the same without this score?
DF: The most obvious one for me is Mank’s theme that supports the final freeze-frame where he’s got his Oscar. That piece of music spoke to the pathos of who this guy was, the movie that we were making. When that music plays under that image now, I get misty. I remember sitting in the theater when we screened it and just going, This a perfect evocation of how I feel about this character. There’s a romance to it, but there’s also this pathos and tragedy.It’s beautifully done. There are so many moments like that. There was the scene with Sara [Mank’s wife, played by Tuppence Middleton] when she comes out to Victorville. I was very happy with what Gary Oldman and Tuppence were able to do, but the music does make that scene more profound. I remember saying to Tuppence, “Do you know anything about the writer’s wife?” She said no, and I said, “It’s not a job, it’s a life sentence.” She was like, “O.K., I get it,” but that essence did not exist until the music was under the scene. We were all working as hard as we could to impart that, but we just weren’t able to get there without these gentlemen. It’s one of my favorite little pieces because it shouldn’t be that good, but it is.