The cast of Space Force pool their improvisational talents to craft a work of experimental fiction.

It’s not often that a cast as sharp and imaginative as that of Space Force comes along. That’s why Queue asked some of the series’ stars to show off their creative chemistry in three rounds of a classic improv game. Over the course of a few weeks, we are posting the absurdist stories that resulted. Here we present the second installation, inspired by the phrase “high school band.” 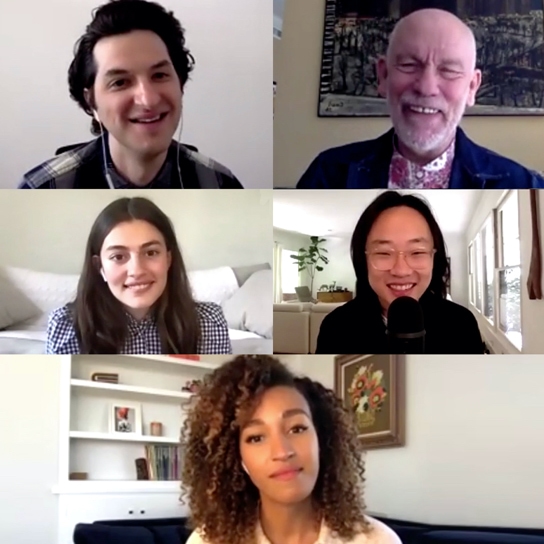 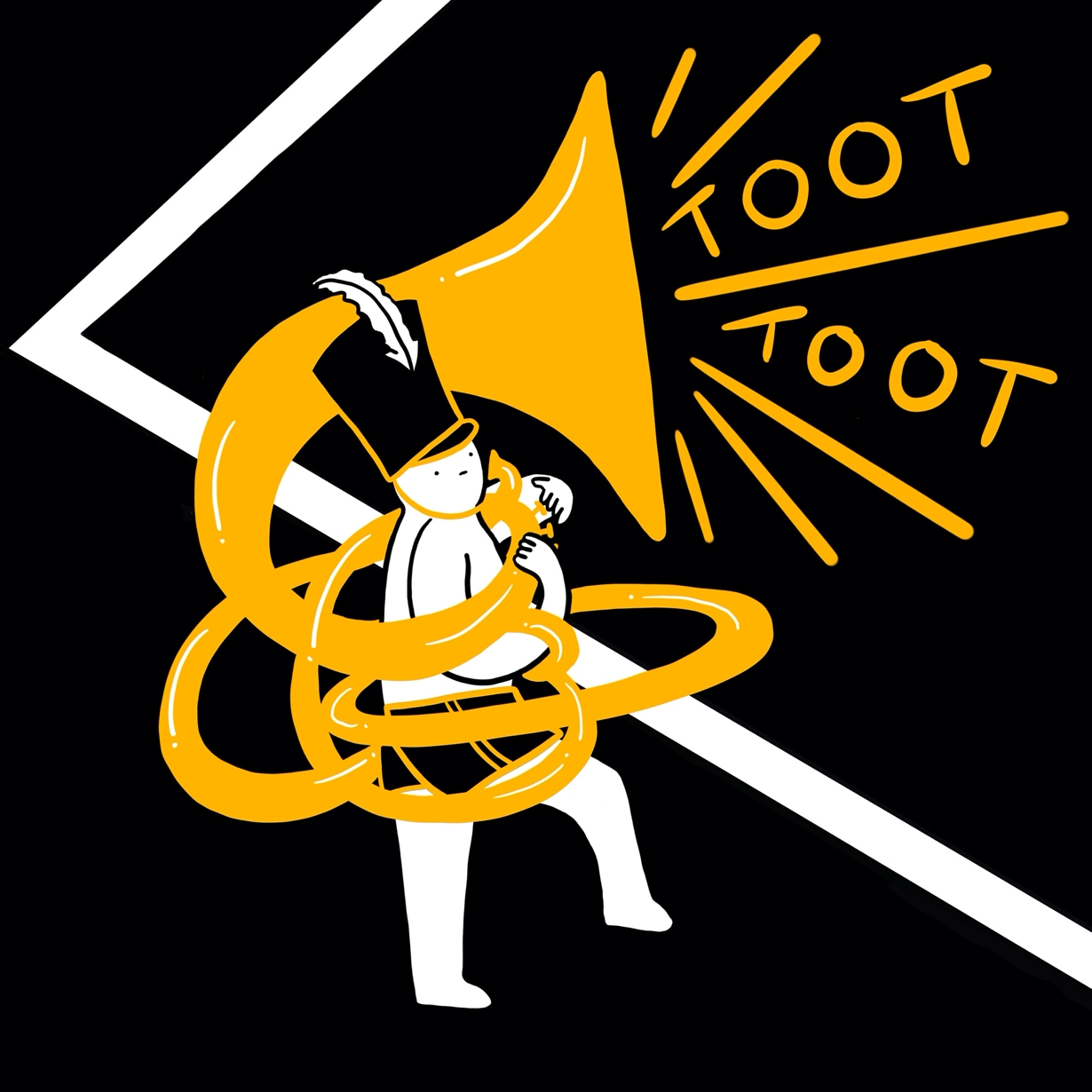 Because the shorts are woolen, I often suffer chafing of the legs and, toot-toot, the reason I play sousaphone is that I am the only one big enough to carry it around and march at the same time.2 Toot-toot, toot-toot, the chafing is too much to handle. Does anyone have any cortisone cream?3 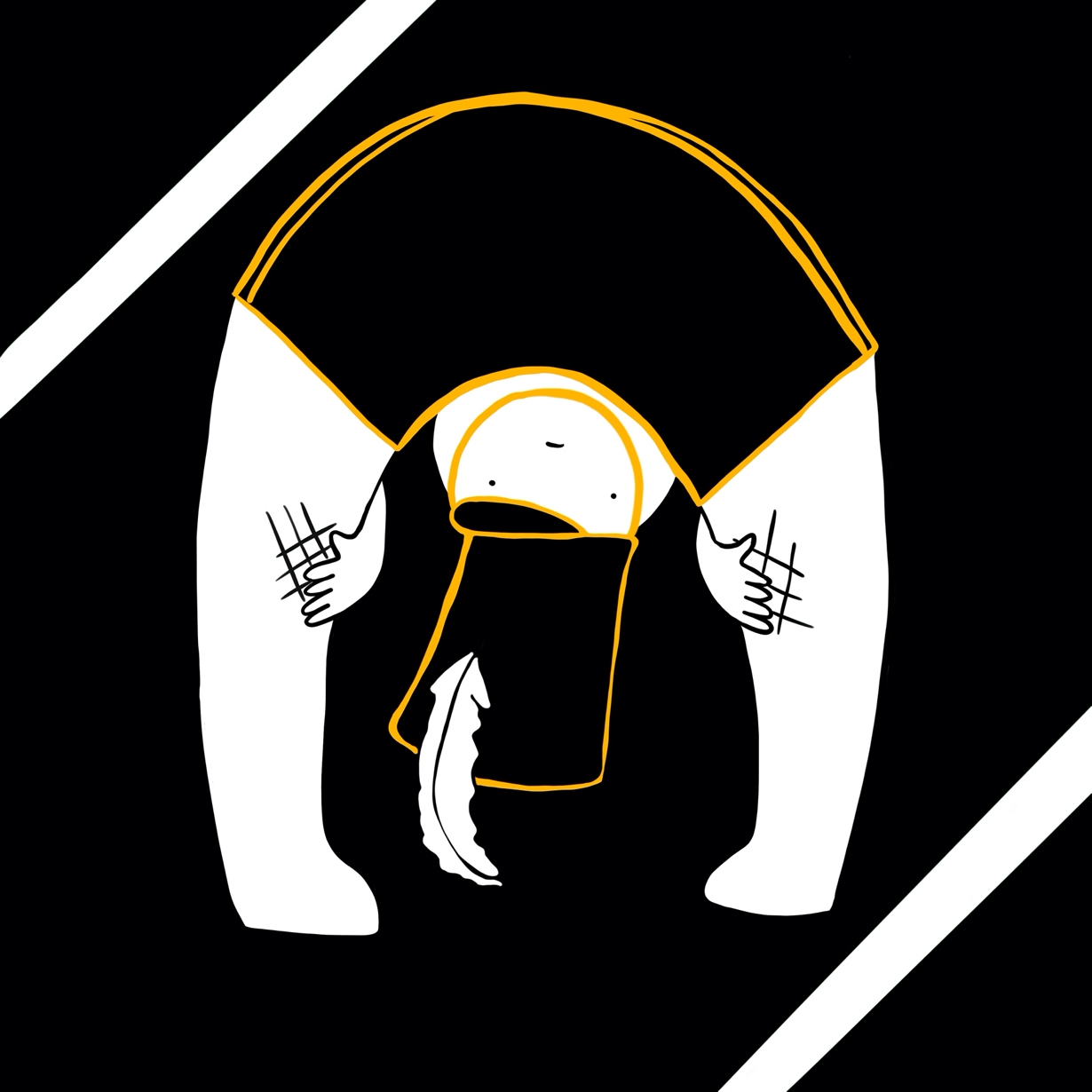 I scream out as my inner thighs become rawer and rawer with each step. As our team walks out of the tunnel, I realize I have a beer in my right hand and a beer in my left hand. I am the leader of the high school band, what am I to do now?4 It’s almost like I ask that question out loud, because over my shoulder I hear, “Hey, are you having trouble with your chafed legs?” 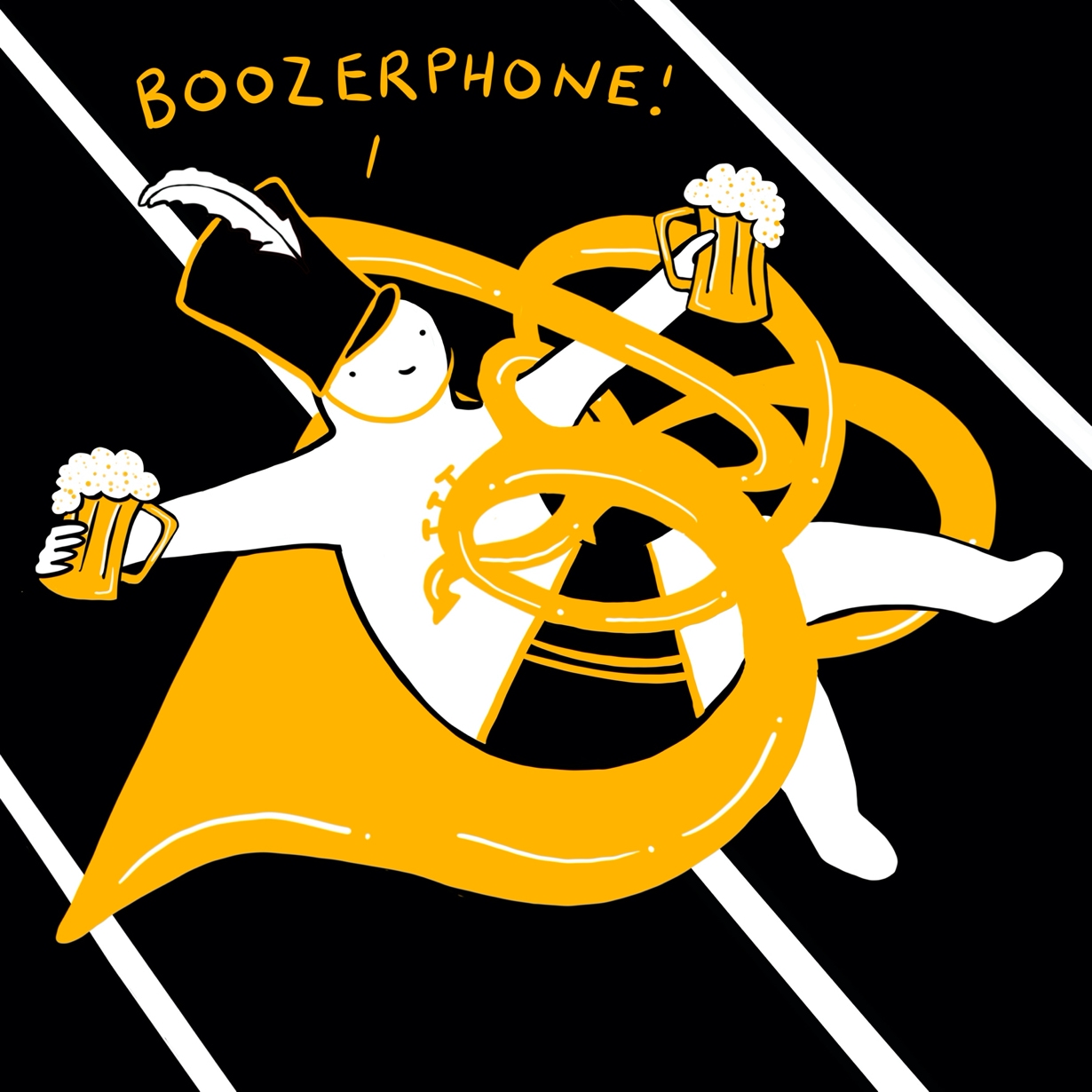 It’s Susan. Susan always has a smart mouth. “Maybe if you took off the overalls you wouldn’t have such a problem, you sousaphone-carrying freak!” She’s right, and I set about to peel off one layer so that now I am just in the shorts.5 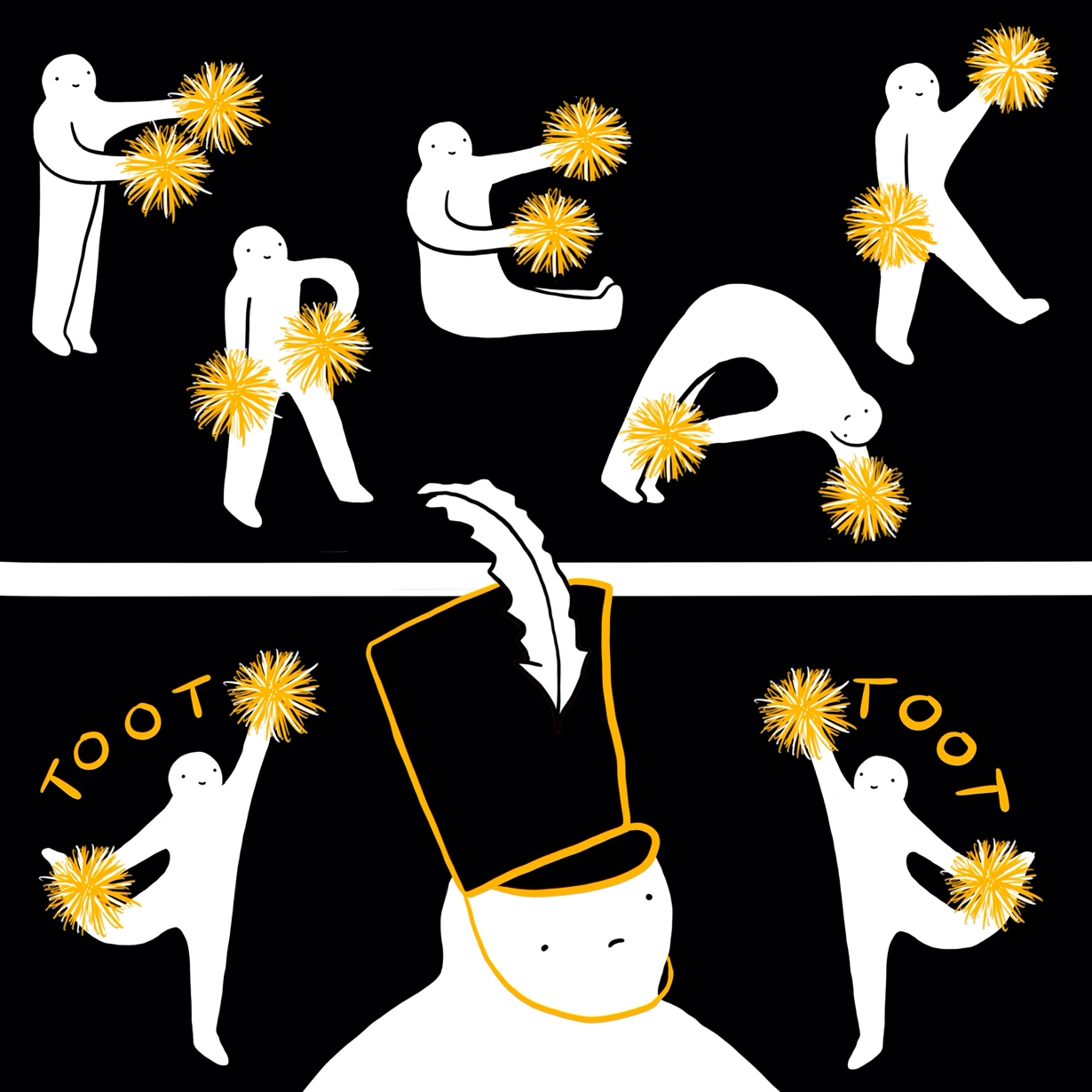 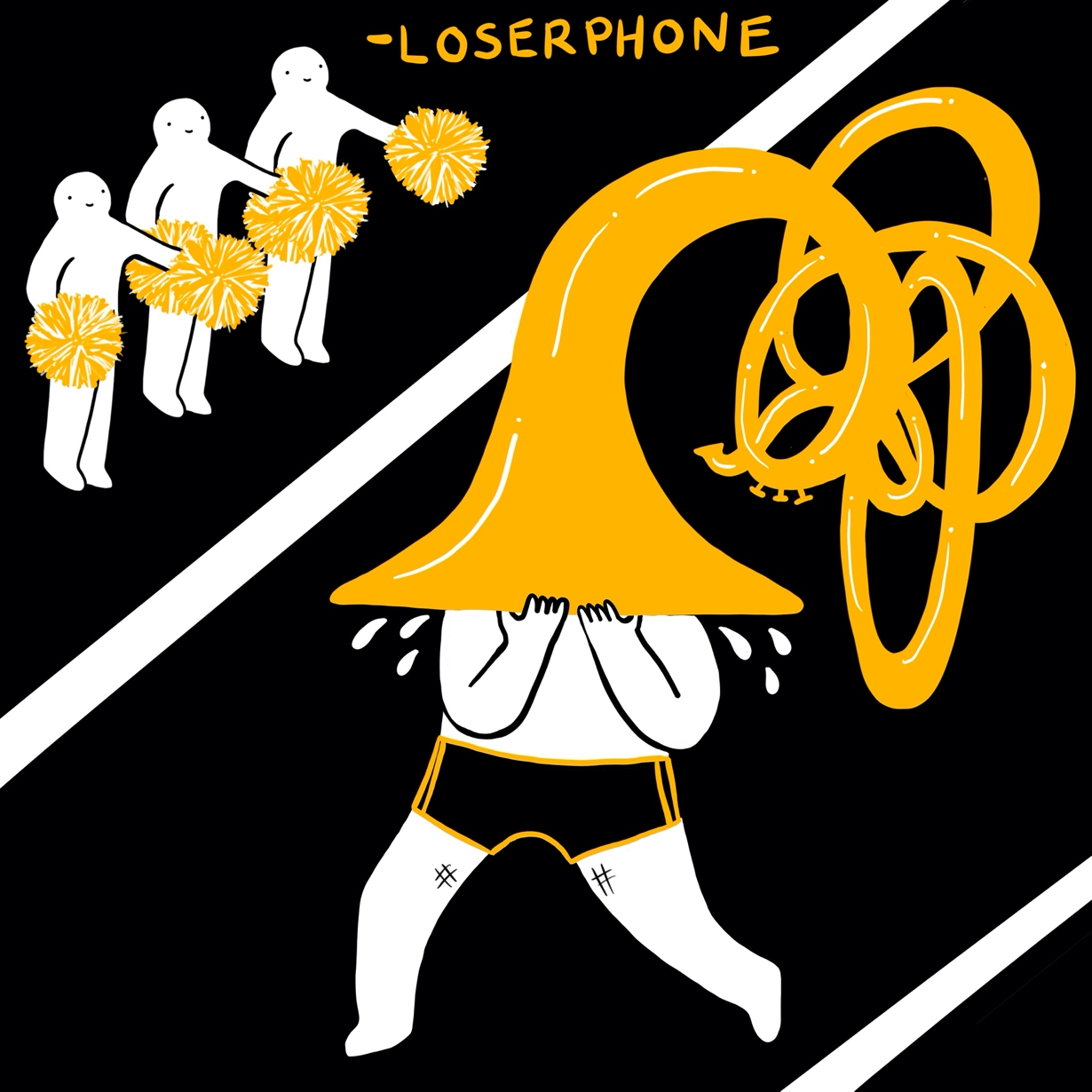