Maitreyi Ramakrishnan takes on her first role ever, as the star of Mindy Kaling and Lang Fisher’s Never Have I Ever.

Maitreyi Ramakrishnan wasn’t “discovered” walking down the street and then swept up into stardom overnight. Well, not exactly.

The Tamil Canadian actress was attending high school in Mississauga, Ontario when her best friend told her about an open casting call on Twitter: Mindy Kaling was looking for the star of Never Have I Ever, her new semi-autobiographical teen dramedy, co-created with Lang Fisher. Some 15,000 people applied for the role of Devi Vishwakumar. Ramakrishnan got the part. “I didn’t tell my parents I sent a random guy in L.A. videos of me,” Ramakrishnan explains. “At first, I had to convince them that this was real.” That initial hurdle overcome, she says her parents were extremely supportive; they even took turns accompanying her on set during filming. Ramakrishnan was just 17 when production began, and she hadn’t been acting for long. She made her debut in a high school performance of Footloose, after the drama teacher invited her to audition. 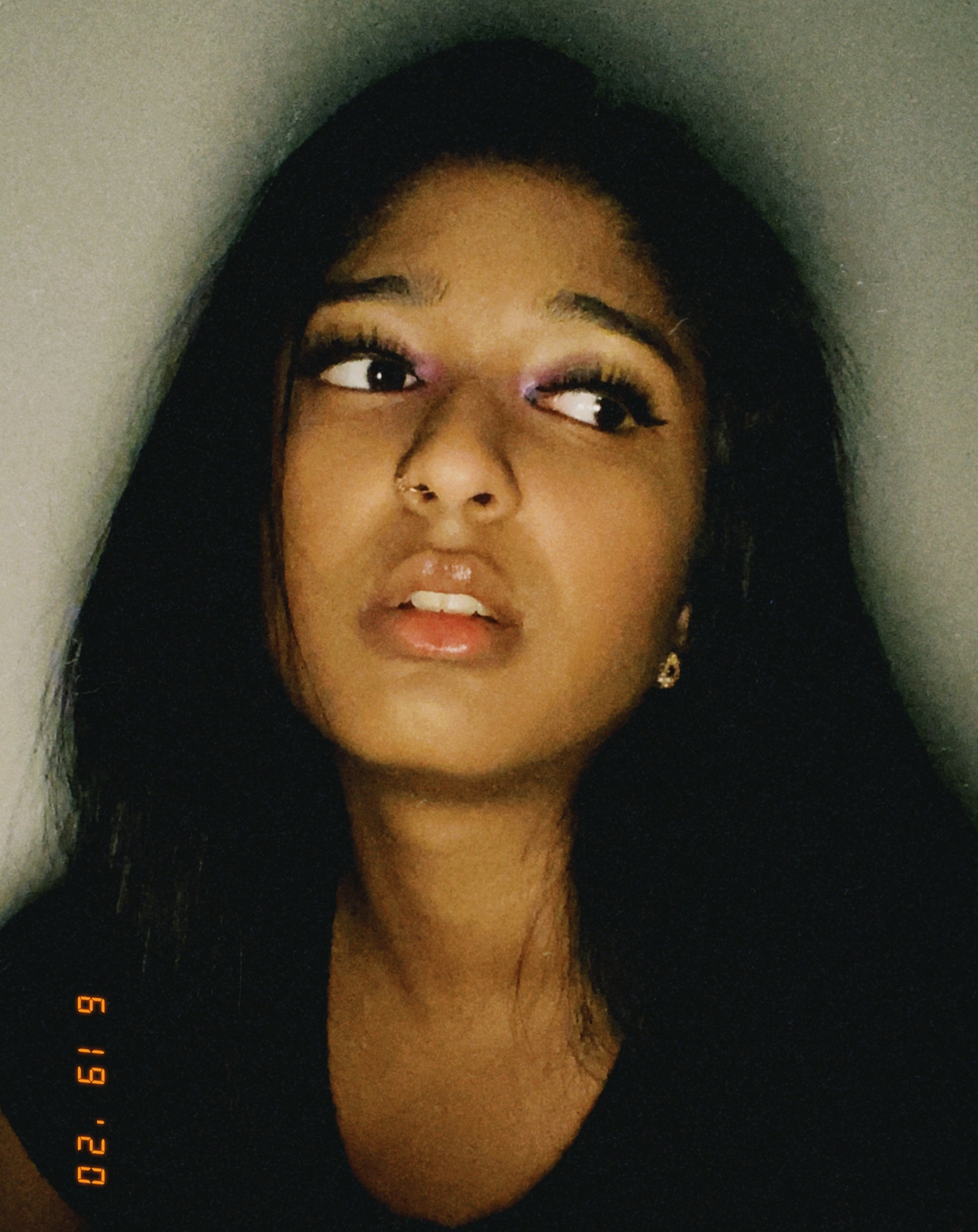 “A lot of people ask me, ‘Oh, what did she see in me?’” Ramakrishnan relates. “Honestly, she just needed the numbers. I only auditioned because I thought it would be a fun after-school situation.”

The set of Footloose is where she met her best friend, and where she discovered a passion for acting that would alter her trajectory significantly. Ramakrishnan’s plan since age 10 had been to become a Disney animator. “Then,” she says, “when I was in my last year of high school, getting ready for university, I realized that made me miserable.” Theater, on the other hand, “was the one constant in my high school journey that actually brought nothing but joy. So I figured, You know what? It might be a big risk, but who cares? I’ll be happy if I pursue acting.” It was a quantum leap from Mississauga, where she’d spent her entire life, to the set of Never Have I Ever. (Her first impression of L.A.? “Holy crap, there’s a lot of palm trees.”)
“

Honestly, shows like this didn’t really even exist for me when I was younger. Sure, there’s shows that touch on the same topics, but it’s another ball game to be able to see yourself.

“I think when I auditioned for the show, the first time I flew down to L.A., to do that first screen test, for the first time in a long time, I felt nothing but happiness,” she recalls. “And I remember walking out of the audition room thinking that Mindy could think I’m the least funny person in the world — she could think I’m absolutely garbage — and I don’t even care, because that was the best. ”

Of course, that’s not what happened. A month after Ramakrishnan sent in her first self-tape, she was cast. Her character, Devi, isn’t your average TV teenager. She’s a 15-year-old, first-generation Indian American girl growing up in the San Fernando Valley. She’s a bookworm and a hothead, a model student and a never-been-kissed virgin who walks right up to the most sought-after boy in school and asks to sleep with him like she’s checking it off her to-do list. (He says yes.) Ramakrishnan says she sees aspects of herself in Devi. She excelled at school, for one thing. And she also commands a dry, sarcastic sensibility. She attributes some of her comedic style to the show that made Mindy Kaling a household name: She’ll happily confess that she’s watched The Office an excessive number of times. (Her favorite scene is the C.P.R. debacle featuring the Bee Gees’ “Stayin’ Alive” from the two-part episode “Stress Relief.”) Ramakrishnan uses humor to reveal Devi’s subtleties, but she also digs in at moments when the jokes are notably absent. Throughout the first season, Devi grapples with the recent death of her father (Sendhil Ramamurthy), while she and her mom (Poorna Jagannathan) struggle to work out the terms of their relationship without him. In their climactic blowout, it becomes clear that for all of Ramakrishnan’s comedic prowess, she’s also an astute observer of heartbreak. 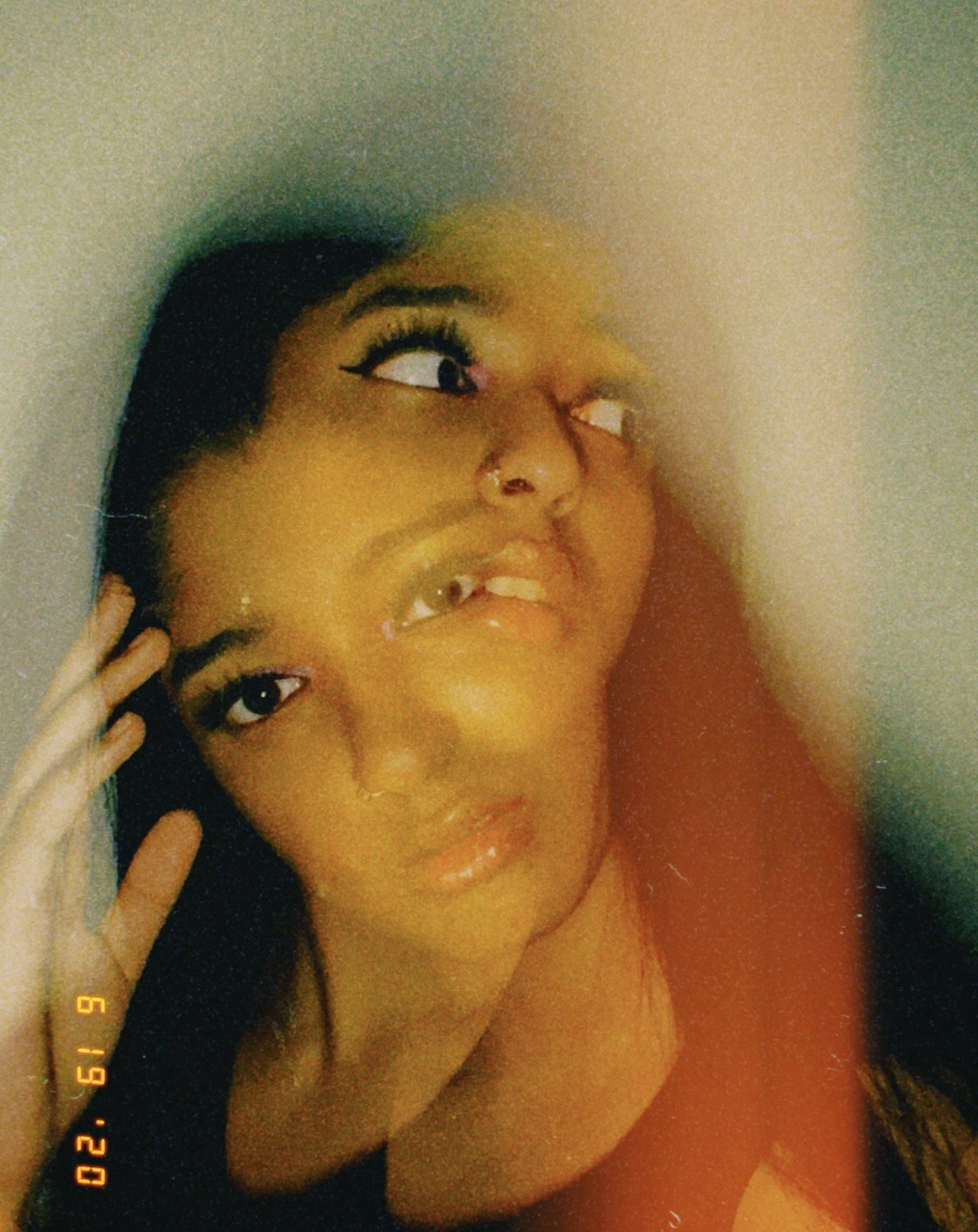 Devi’s complex experience, placed at the center of a mainstream, modern-day high-school comedy, breaks new ground. “Honestly, shows like this didn’t really even exist for me when I was younger,” Ramakrishnan acknowledges. “Sure, there’s shows that touch on the same topics, but it’s another ball game to be able to see yourself. Especially when you’re constantly seeing characters that look like you only be the sidekicks and only be the comedic relief — with one funny line. At some point, you start feeling like you’re a sidekick, like your story isn’t as important.”

“Maybe I didn’t get this show when I was growing up,” she resolves (adding dryly, “That’s fine. I’m not mad”), “but the fact that my little cousin, who’s 10 years younger than me, she’ll get it? That’s dope.” As for Ramakrishnan’s first taste of the spotlight? It’s been a little subdued. Never Have I Ever premiered in the midst of a global pandemic lockdown. “Obviously the show is out and apparently is doing really well,” she reflects. “But that experience of the hype, even just stuff like a premiere event and getting all fancy-schmancy — that is missed.” Instead, Ramakrishnan watched the premiere with her parents in Mississauga. Her dad got a cake. She also got a “Congratulations” balloon, which she still has. “I don’t know how the helium stayed in there for so long,” she muses. “But it was special in its own way! I’m lucky to be able to celebrate the release with my family, and honestly, my red couch is pretty comparable to a red carpet.”

Watch Never Have I Ever
on Netflix now.