Linda Cardellini dives into friendship and frustration in Dead to Me.

As soon as Linda Cardellini learned that Dead to Me was “a show by women, about women, and produced by women,” she was in.

“That was a big draw for me, for sure,” says Cardellini, who stars as the wily Judy Hale in the dark comedy series by Liz Feldman. “It’s rarer than it should be to have a women-run show, and I cherish this environment.” The result of that kind of leadership is a series that, despite its outlandish twists, features two very truthfully rendered fortysomething women — a fact that Cardellini and co-star Christina Applegate, who plays Jen Harding, both love about their day-to-day work. “There’s a belief and a trust in what we’re each doing during a scene,” Cardellini says. “I love when Christina and I get to go back and forth.” When the series premiered in 2019, Judy and Jen’s disturbingly unlikely relationship (Can you imagine befriending someone at a grief support group and letting her move into your guest house, only to find out later that she accidentally killed your husband in a hit-and-run?) resonated immediately with viewers, who fell hard and fast for the characters. As Cardellini sees it, the pair are perfect for each other: “Despite all that has happened between them, they genuinely love each other,” she says. “Liz wanted to create a friendship that’s so real, aspirational, and touching that you want the unforgivable to be forgiven.” Aspirational, but also confounding. They might exchange “I love yous” while cuddling up in Jen’s gorgeous Laguna Beach bedroom, but they are both harboring some pretty deep secrets. “It’s an extremely complicated, layered relationship,” Cardellini explains. “After all, what kind of relationship is based on manslaughter?!” The core of Judy’s journey has always been heartache. We learn early in the series that she’s suffered five miscarriages, and Season 2 continues to reveal troubling pieces of her past that inform some of her more problematic choices. Most significantly, we meet her mother, Eleanor (played by Katey Sagal), an incarcerated addict who, in one pivotal scene, demonstrates volumes about Judy’s delicate psyche. “Judy sitting across from her mother and sharing some similarities with her and yet being so different was interesting to think about,” Cardellini says. “Judy’s mother is so dark, and she’s the reason Judy is the way she is.” 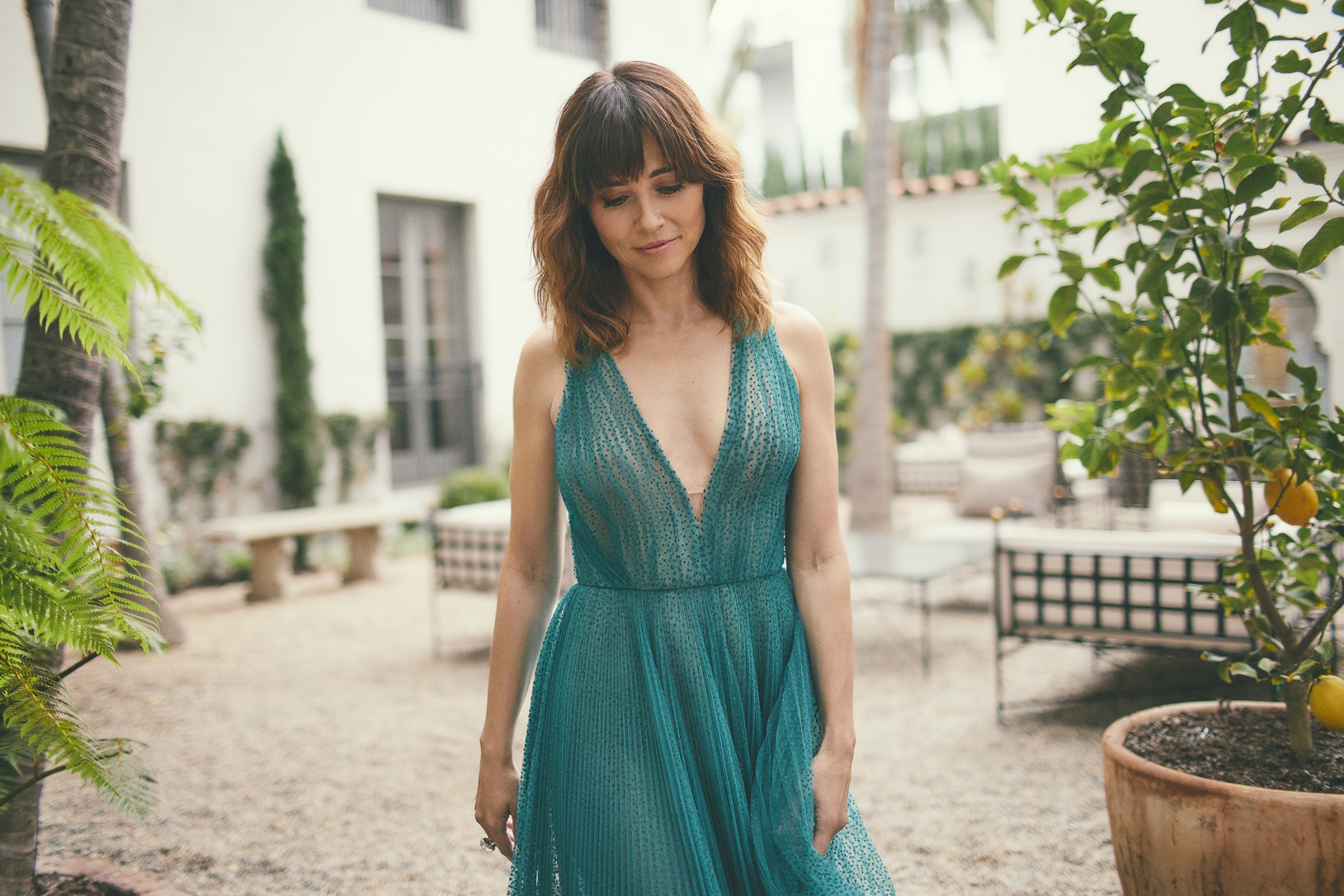 She’s thoughtful, but in the moment, she is completely spontaneous.

Ironically enough, it’s Judy’s unyielding yearning to be a mother that defines her. “Judy so badly wanted to have a child, and that feeling will never go away,” says Cardellini, who is herself the mom of an eight-year-old girl. “She still longs for that. When Jen says Judy has so much love to give, Judy thinks that’s the biggest compliment.”

Cardellini has found that tapping into Judy’s frustrations — many of which result in literal self-flagellation — allows her to most explicitly show what frequently derails Judy’s best intentions. A particularly brutal scene in which she strikes herself repeatedly while saying “Why can’t you ever be quiet?” was one of the actress’s most challenging to film. “Judy has a hard time getting angry at others, so she gets angry at herself,” Cardellini says. “She should drive that anger outward, but because of her life, how she was raised, and how she has been so eager to please and lacking in love, she doesn’t feel she has the right to take it out on anyone else.” It’s not all anger and self-loathing for Judy, and exploring the character’s highs has been just as satisfying for Cardellini. She credits the role as being one of the most layered she’s had: “There’s so much darkness to her, but she has a buoyancy and resilience,” she says, explaining where she finds Judy’s joy. “She’s thoughtful, but in the moment, she is completely spontaneous. You can justify any of her bad behaviors, because she’s just Judy. She does whatever she feels, and that’s what gets her in trouble. It’s a delicious thing to play.”

Watch Dead to Me
on Netflix now.