All the Right Moves

Chess champion Judit Polgár knows a thing or two about The Queen’s Gambit.

Before The Queen’s Gambit landed in every queue, before Beth Harmon (Anya Taylor-Joy) gave chess a new life in popular culture, there was Judit Polgár. At 15, Polgár became the world’s youngest chess player to achieve the title of grandmaster. At 26, the Hungarian again made history, as the first woman to beat Russian legend Garry Kasparov at his own game. Here, Polgár discusses what it takes to be a champion, why chess can save us, and how The Queen’s Gambit got it right. 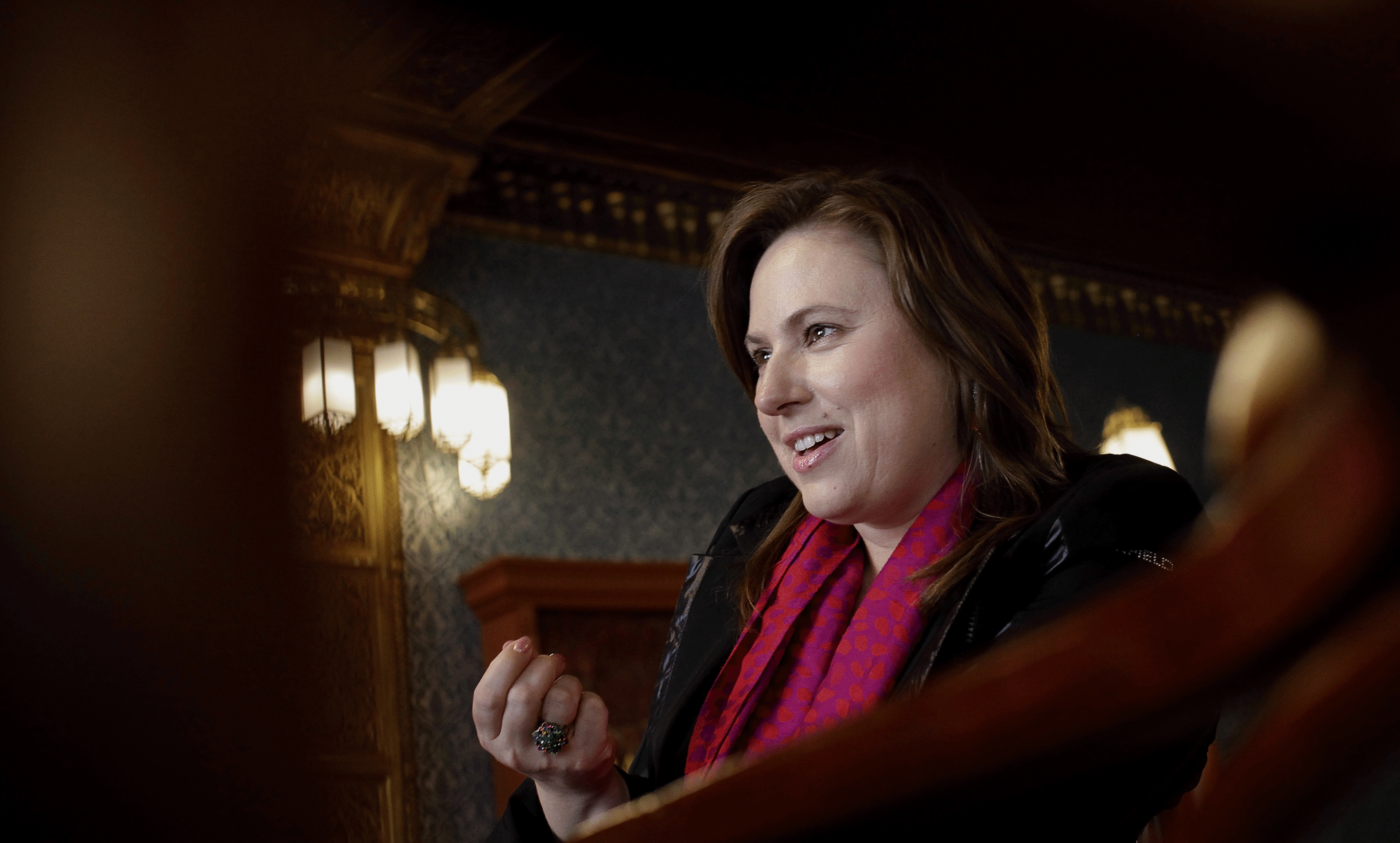 I grew up in a very unique family. My father had done a lot of reading in philosophy and psychology, and he researched that people like Mozart or anyone who was a so-called genius had started their profession at a very early age. He and my mother decided we weren’t going to school and that we would specialize in one specific field. My father loved chess and he had a set in the house. My older sister Susan found the box and he taught her how to play. She won her first big tournament at 4 and my father decided we would study chess.

We were living in Hungary in a very modest house, and then later in a very small apartment with two bedrooms, a very small kitchen, and a very small bathroom, so we were always together. I have another older sister, Sofia, and by the time I started to play I was 5, Sofia was 6 and a half and playing in competitions, and Susan was 12. Chess came naturally to me since we couldn’t get away from each other. Kids like to do what their older sisters are doing. 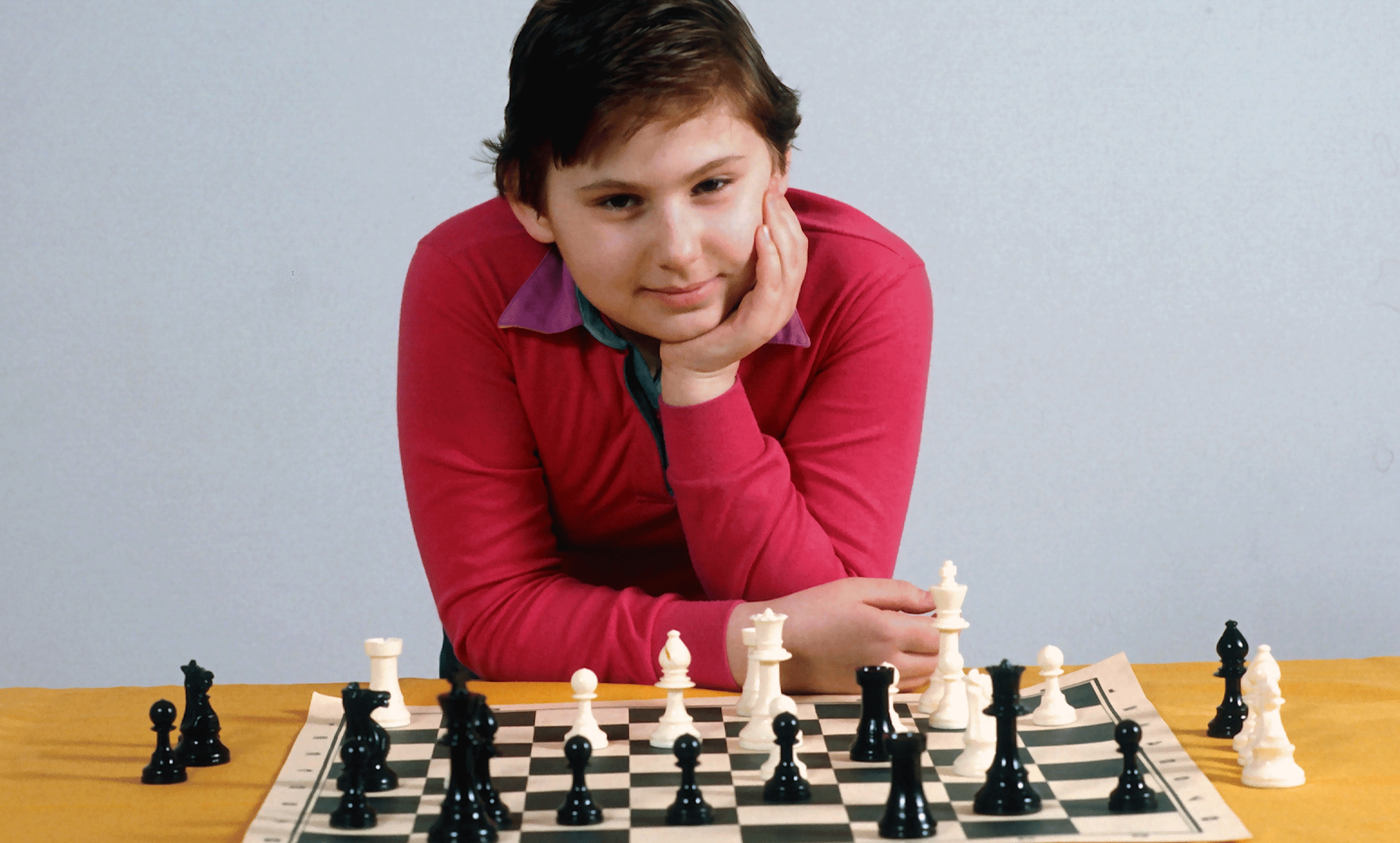 Photo by of Yvonne Hemsey

I had my first huge success at the age of 9 at the New York Open. I played in the unrated section and won the first seven games. The last game was a draw — enough to take the first prize of $1,000, which was quite something. Imagine that in Hungary it was worth 10 times or 20 times more money than in America. At 15, I became the youngest person to earn the grandmaster title, breaking Bobby Fischer’s record. It was a great boon, but it was also very challenging because when you reach something so huge, how do you stabilize yourself?

To be a good player you have to have patience, and you have to spend a lot of time learning and analyzing theories as well as thousands of different kinds of patterns. You also have to be resilient and ready to adjust to different situations since small details can cost you a game. Playing chess is like raising a kid, thinking, Did I do this right? If things go wrong and you’re not worried or unhappy or frustrated, it means you don’t care that much. If you’re really passionate about it, you are there with every bit of your body and brain and nerves.

That’s why it was essential that my family was behind me, and that later on my husband supported me and joined me at tournaments. Psychologically, you have to be very, very stable to perform at the highest level, which makes Beth’s addiction in The Queen’s Gambit pure fiction in terms of her success.

But when it comes to Beth’s chess games, they are amazing, and that’s thanks to The Queen’s Gambit’s chess consultants, Bruce Pandolfini and Garry Kasparov, whom I’ve known for a long time. After the series came out, Garry and I were discussing his attention to the smallest details during the games — the moves, how to pair each of the games with events in Beth’s life. Bruce and I talked about his attention to the looks exchanged between the players, the body language, the movement of the pieces; how Beth presses the clock, writes down the moves, even how she walks into the playing hall. He told me he did a lot of work teaching the actors how to behave, how to sit at the table, what gestures chess players make. 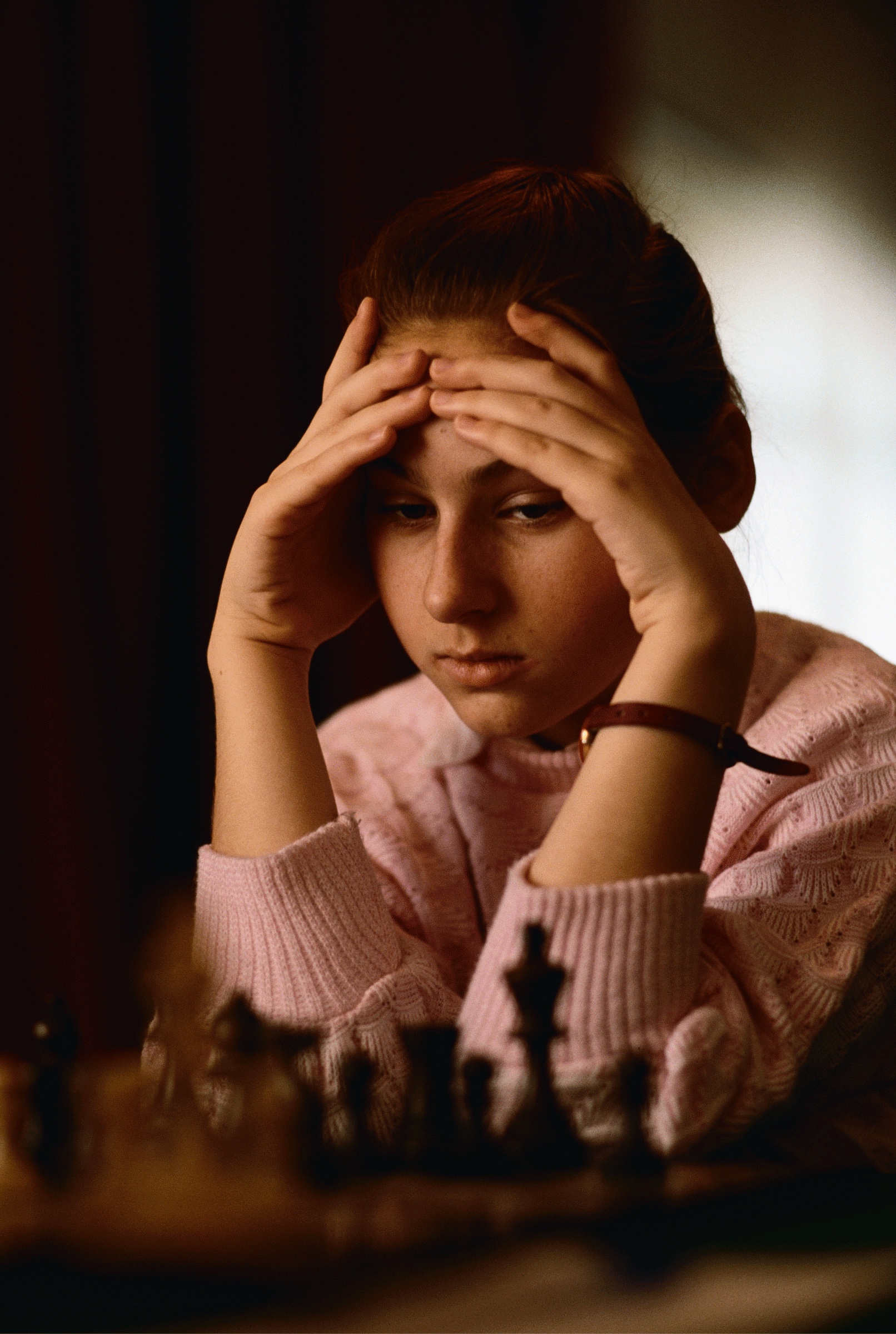 By 12, Polgár was already several years into her chess career

Chess is very exciting. For people who don’t play the game it seems like it’s boring, because two people are silently sitting there pushing pieces and nothing really happens. At the same time, it’s the bloodiest mental game you can ever imagine. It’s extremely difficult to show this. That’s one reason why Beth seeing the chess pieces move on the ceiling at night is so beautiful. It shows the public how we think and how we can be engaged in our chess thoughts.

I never looked on the ceiling, but it’s not important for a high-quality chess player to see the chess board; we have the positions in our heads and we are moving the pieces virtually. It’s a little bit like how, if you know a city very well, you can say, “Go to Times Square and then take a right to Rockefeller Center.” You can visualize it — although it’s trickier with chess because streets don’t change, but chess pieces on the board do.

What Beth doesn’t have to deal with in the same way I did are the gender issues. In the series, it is so much better than in reality. For example, when she is signing up for her first tournament, there’s a boy who asks her what her rating is. She says she doesn’t have one but wants to play in the rated section, and he says O.K. In real life, she would have gotten a comment like, “You’re just a girl, go home.”

In my family, it was always an attitude that the three of us sisters were fighting in a man’s world. I had to prove so much more than if I had been a boy. People would say, “She was lucky again. She will grow up. She will fall in love and she will disappear . . .” Those things were not only said to me but also written countless times.There was one time when my opponent wouldn’t shake hands and he ran away, and another when, after a grandmaster lost a game to me, he banged his head on the elevator on the way back up to his hotel room. But I didn’t get discouraged. I took everything as a challenge.
“

Like music or dancing, it’s an international language with which people can understand each other.

After 33 years of playing competitive chess, I decided to retire. I was already doing so many other things, like organizing the Global Chess Festival, which we now do yearly. I started the Judit Polgár Chess Foundation, which develops educational programs for kindergarten and school children. I also wrote a trilogy of books about my career and gave lectures. At that point I had two kids. I felt like I was having success in those other areas, and that I could do much more for the game with education.

Chess has so much to teach us. There’s one scene in the series that I love, where Beth and the janitor are playing chess and he takes her queen and says, “Now you resign.” When she refuses, he responds, “It’s not in the rules, but this is about sportsmanship.” This moment shows so much: How do you accept losing? When is the moment to keep your dignity, and when is the moment that you show respect for yourself and your opponent?This is what educators, teachers, and decision-makers have to understand: Very small moments can offer guidance for life. I believe chess can teach a lot of different skills that kids need both every day and in their futures. Kids need to be resilient, cooperative, and they have to be logical thinkers; they have to be responsible, they have to make decisions nonstop, and they have to be creative. 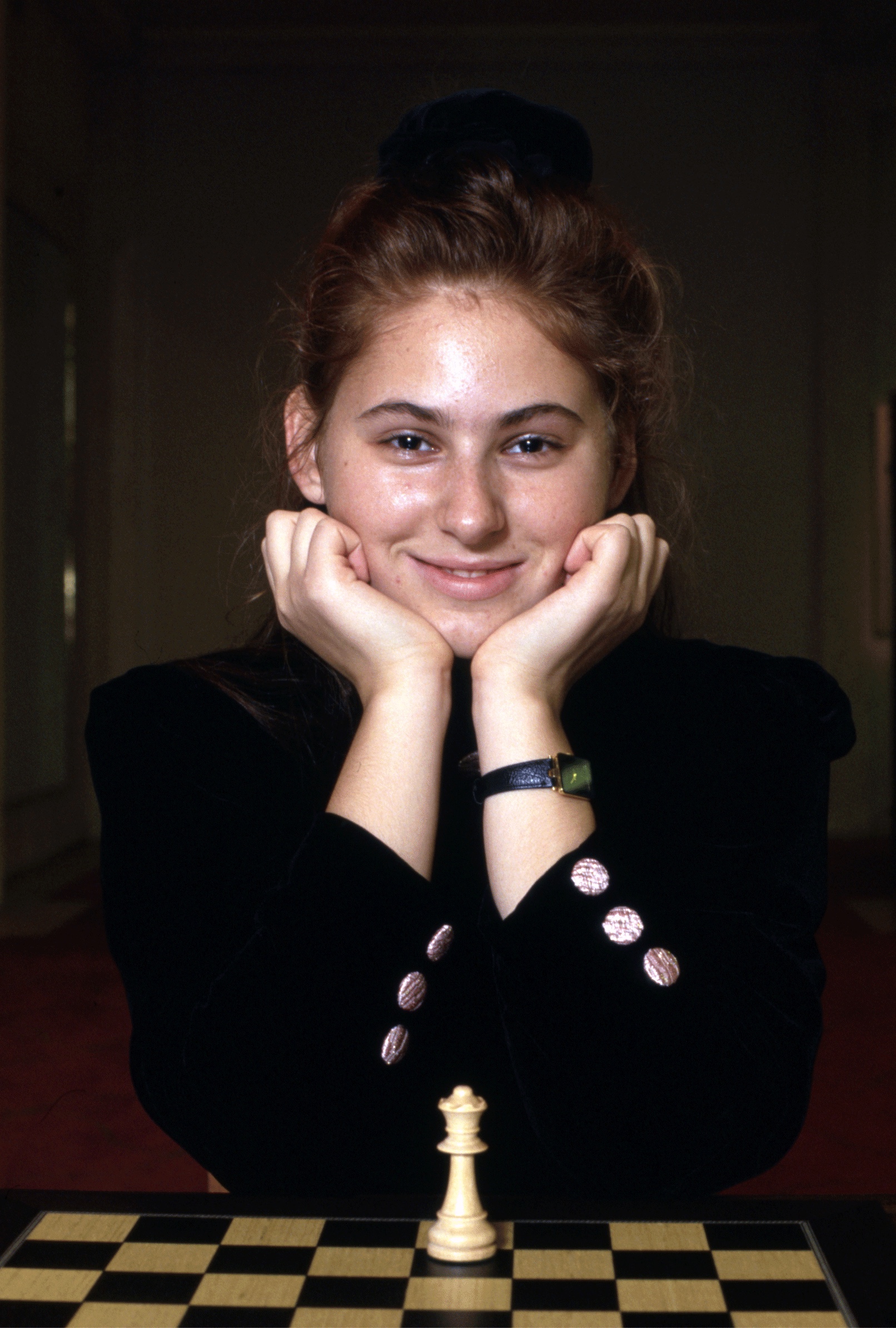 At 15, Polgár broke Bobby Fischer’s record as the youngest person ever to achieve the title of grandmaster

Photo by of Chip HIRES

These are some of the things that chess can teach us, and it’s never too late to start. You can start playing in your 70s. If you don’t want to spend a lot of time thinking, it’s probably not your game. But if you are open-minded and ready to learn the rules, go for it! You’ll challenge your brain and attitude and character, and you can learn a lot that you can use in your daily life in terms of responsibility, decision-making, and critical thinking.

Chess can do so much good for society. It’s so much more than a game. Like music or dancing, it’s an international language with which people can understand each other. I’m not surprised that the series has gotten people so interested in the game. I think in the next decade, people will accept that chess can be a superhero.