The documentary features that made a difference.

There’s a scene in Crip Camp so powerful it moves me to tears.

It’s 1971, upstate New York, at the summer camp for people with disabilities that lends the film its cheeky title. Teenagers assemble for an outdoor rap session, discussing their beef about overprotective parents.One girl says, “My parents are great. But sometimes I hate them, because they’re too great.”Then camper Nancy Rosenblum begins to speak, her words difficult to discern because of the effect of cerebral palsy on her muscles. Seconds pass as she talks. A counselor asks, “Anybody get part of it?” A teenage boy, also with cerebral palsy, interprets what she’s been saying. 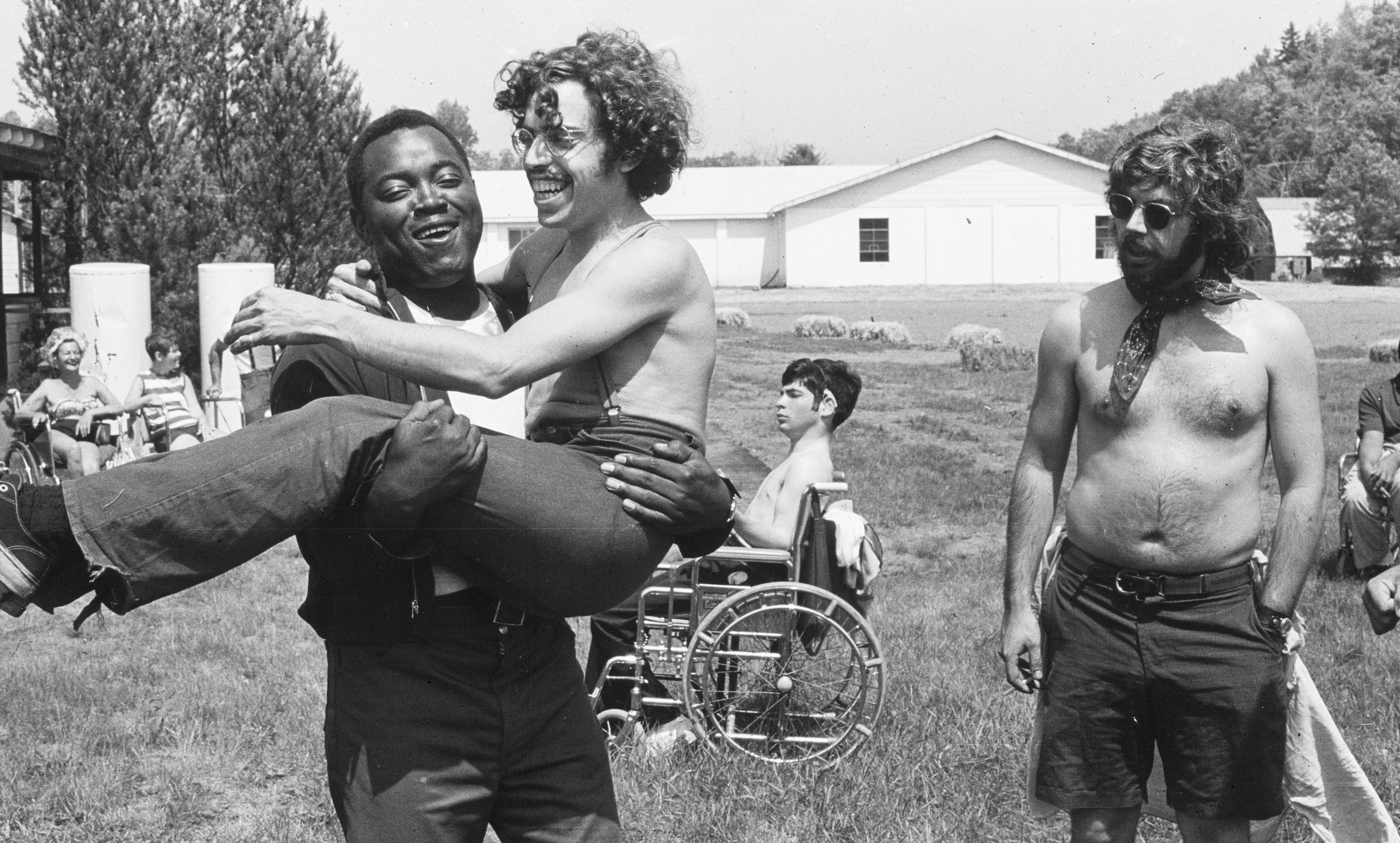 “I think Nancy is talking about what everybody wants: To be alone, sometimes, in their life,” he explains. “To think alone. And to be alone. I think Nancy is saying that she’s been denied the right of privacy.”

I think the theme of Crip Camp comes down to this: acceptance. What would the world look like if we all drew a wider circle around our human community, to encompass everyone who is left out? It’s a theme that unites many of the Netflix documentaries that touched me this past year. In each of these films, images and ideas stuck with me; the words of their subjects made an impact.Take Dick Johnson Is Dead, Kirsten Johnson’s wildly inventive, surprisingly playful film about facing loss. As dementia begins to encroach on her father, a man with an amiable smile and open heart, Johnson imagines scenarios in which he might die, and then films dramatizations of them as a form of proactive grieving. There are the big-picture questions in this film — what does it mean to accept illness, to accept the nature of dementia and the person changed by the disease, and to accept death? But there’s another compelling narrative at play: For decades Dick Johnson couldn’t extend the gift of acceptance to himself. He felt self-conscious about the deformity of his feet, his not-quite-fully-formed toes the shape of delicate bubbles. “I’ve always been ashamed of these toes,” he says as he pulls on a pair of socks. “They’ve been a source of embarrassment to me my entire life.” 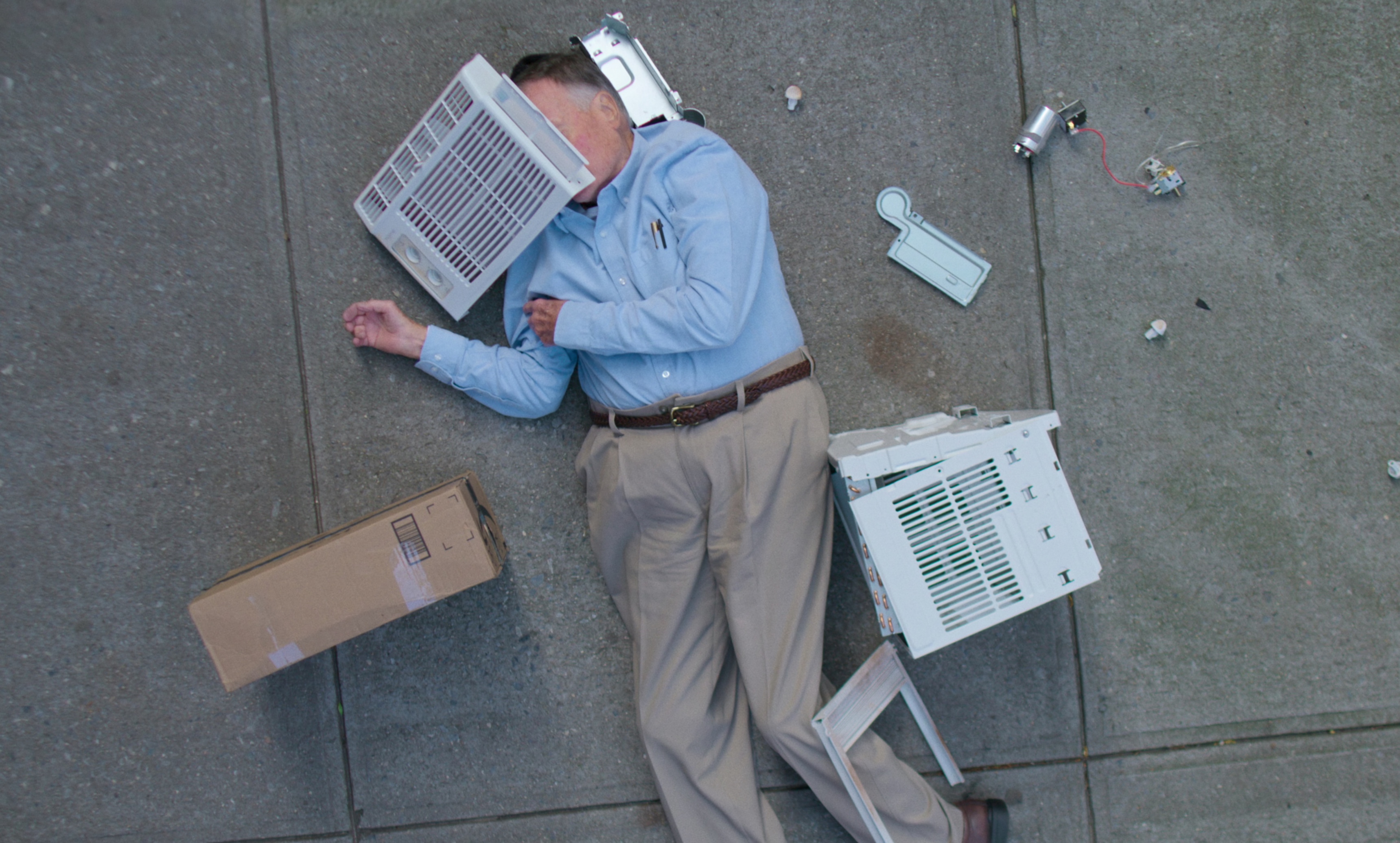 A few months ago, I interviewed Kirsten Johnson and asked what her dad has taught her. “He has treasured me for the [person] that I am and allowed me to sort of be as big as I wanted to be,” she told me. “In some ways he saw me. I think so many of us struggle with not being seen or not being ‘allowed.’”

It’s a profound idea — what society allows, what we allow ourselves — and one that we can follow through the various realms of our collective experience. Two standout films take up this mantle from the perspective of L.G.B.T.Q.+ rights: A Secret Love and Circus of Books. The former, by Chris Bolan, tells the story of two women, Terry Donahue and Pat Henschel, who met and fell in love in 1947 but kept the nature of their relationship hidden from their families for over six decades. In the film, Donahue reflects on their silence in an exchange with her great niece: “We’ve known people who have had their families disown them,” she says. “Did you think I was going to do that?” her niece responds. “Well, yes. . . . We didn’t know,” Donahue admits. 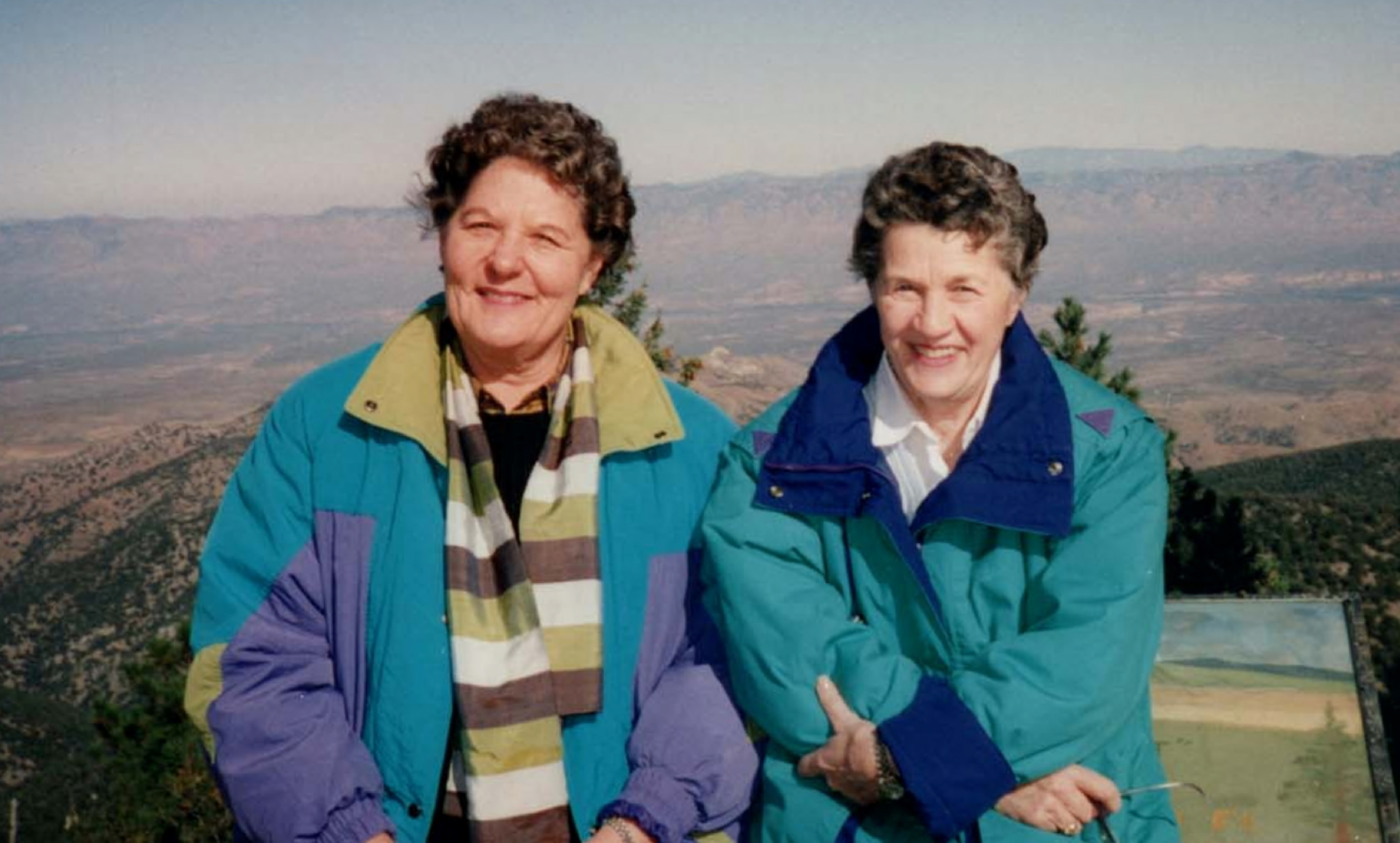 Rachel Mason’s Circus of Books revolves around a similar fear — of being seen, and, at the same time, of not being seen — as it reflects on the AIDS epidemic in an especially poignant segment. Mason’s straitlaced parents owned a gay adult bookstore in Los Angeles for over 30 years; at the height of the epidemic they lost many employees to the disease. The filmmaker’s father, Barry, recalls visiting them in hospice. “We would call the parents and say, ‘Hey, your son is sick. Don’t you want to come?’” he remembers. “A lot of them would just say, ‘Naw. I kicked him out. I never want to see the guy again.’ I would say, ‘But he’s your son!’”

His protest is heartbreaking, and it points to something broader: The most intimate struggles for acceptance and the most public ones are complexly interwoven. As I discovered each of the documentaries that stuck with me recently, I found this to be true again and again. And it’s an idea that’s elaborated in some of the year’s most memorable projects, among them, Nadia Hallgren’s Becoming, about former First Lady Michelle Obama, and Jeff Orlowski’s The Social Dilemma, about the impact of social media on our lives. 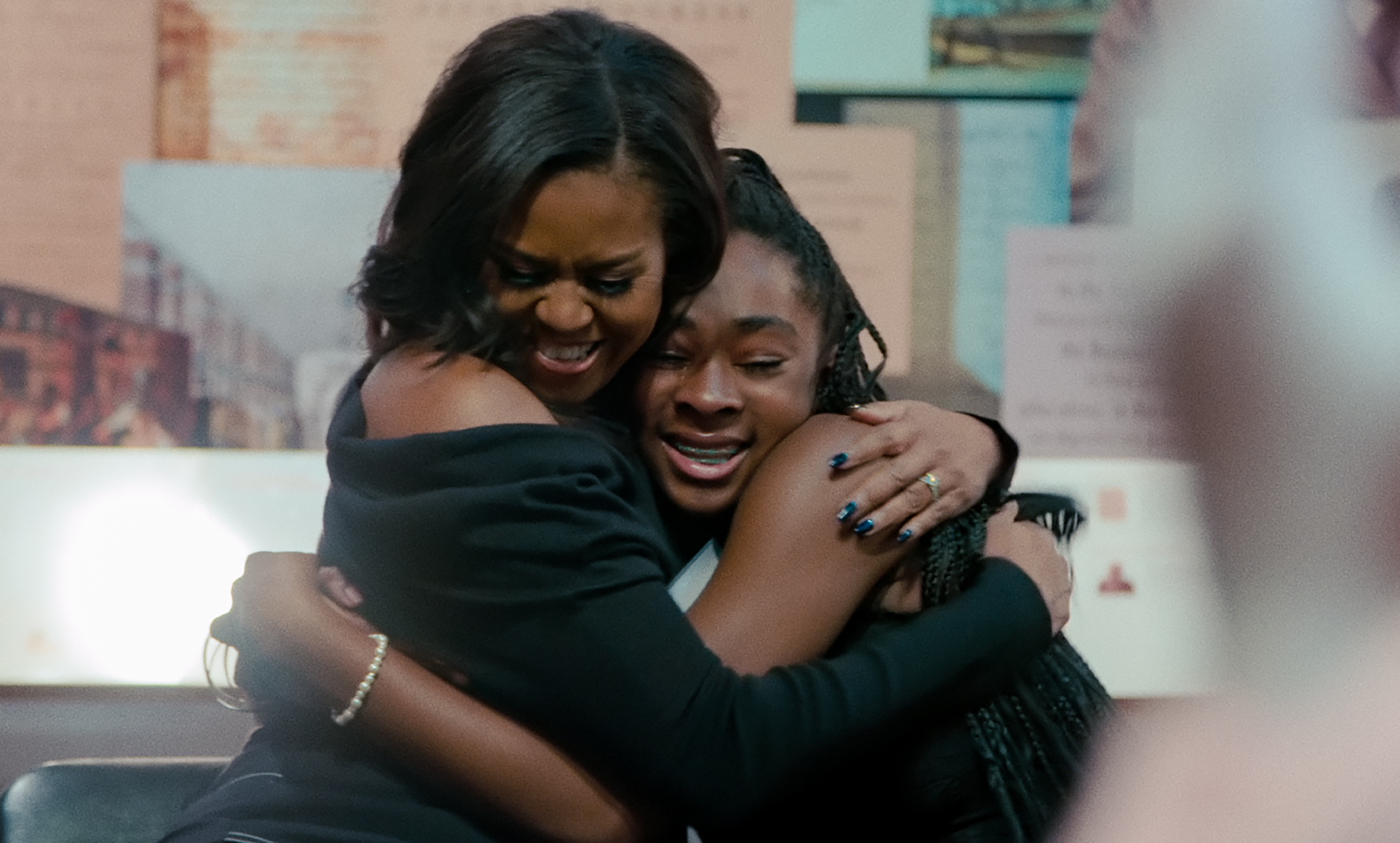 In Becoming, Michelle Obama shares the pain she felt during her years at the White House as she tried to avoid stirring racial animus among a sizable portion of the public who dissected her every action and her every word. “It’s hard to wake up every day and maintain that level of perfection that was absolutely required of me and Barack as the first Black president and first lady” she shares. “Barack and I lived with an awareness that we ourselves were a provocation.” In the The Social Dilemma, judgment and scrutiny find potential objects in billions of social media users. The filmmaker makes the case that social media technology is damaging our mental health, tearing our social fabric, and poisoning our politics. It’s hard to imagine a subject more timely or more consequential, or one that might change the future of how we see ourselves and each other. 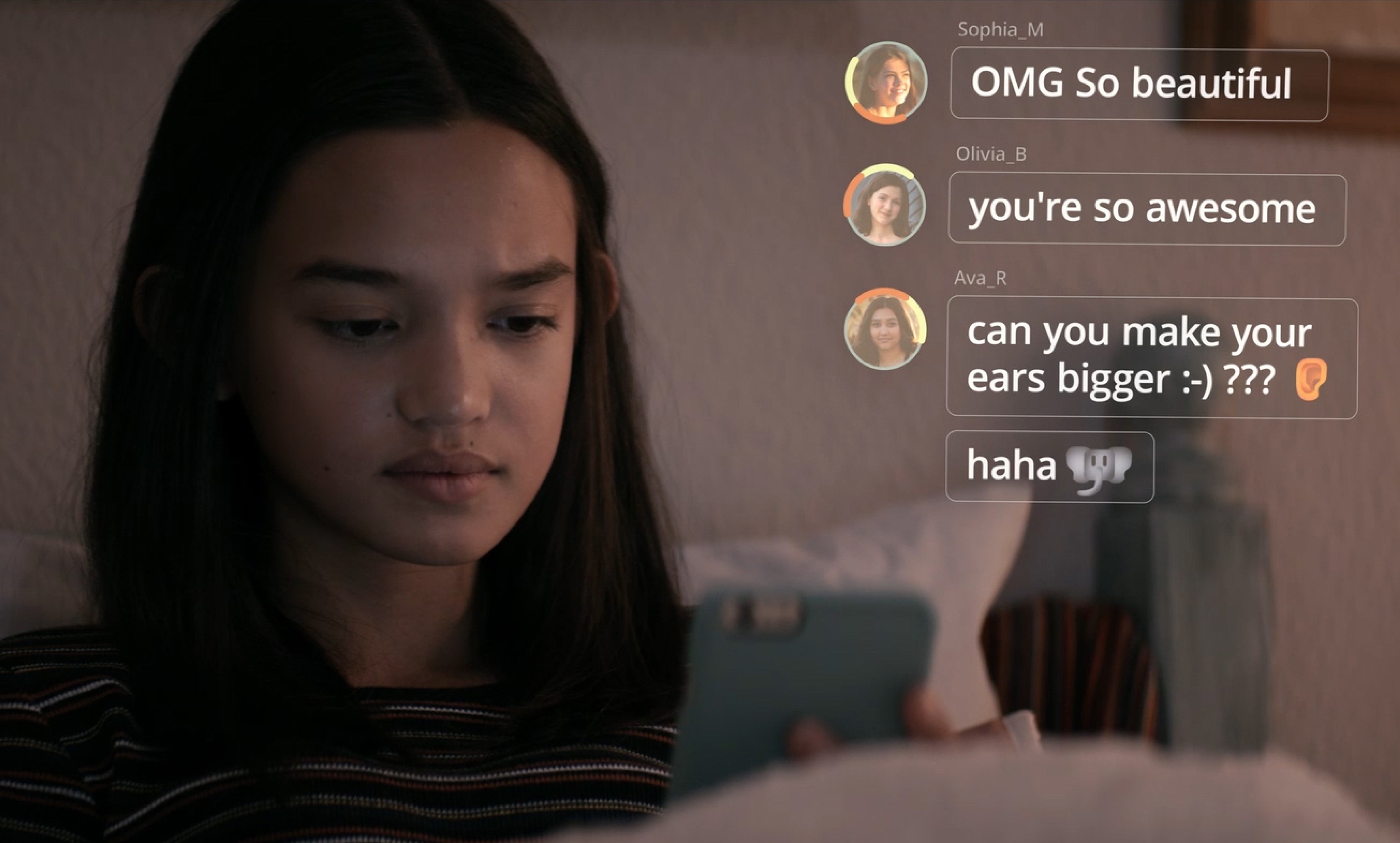 If the Social Dilemma paints a bleak picture for acceptance, Athlete A, for all of the profound injustice it uncovers, is ultimately about people bringing their stories into the light. It brought tears to my eyes witnessing the courage of the women who came forward to expose the sexual abuse scandal in U.S.A. Gymnastics. You cannot fail to be moved by the parents of Maggie Nichols, the “Athlete A” of the film’s title, as they describe the retaliation their daughter suffered after accusing team doctor Larry Nassar of sexually assaulting her. “U.S.A. Gymnastics,” Nichols’s mother says, “took Maggie’s Olympic dream away from her.” But as another gymnast, Jamie Dantzscher, comes forward, she offers us hope: “I’m here today with all these other women,” she says in court. “Not victims, but survivors . . . We have the power now.”

Moments like these, to me, make for the most rewarding documentary viewing experiences. To learn something new, yes, that’s the traditional “end goal” of nonfiction films. But more than having the mind stimulated it’s thrilling to feel the heart stirred. And of all the electrifying documentaries that moved me, there is one that caught me totally by surprise. I don’t think anyone who watches James Reed and Pippa Ehrlich’s My Octopus Teacher will forget it. The film connects with us on an emotional level, following the friendship that forms between a diver and an eight-limbed creature off the coast of South Africa. We get so caught up in that octopus, whether she will survive, menaced by marauding sharks in the swaying tendrils of a kelp forest. That story challenges us to expand our concepts of emotional connection and mutual understanding beyond anything we’ve imagined. 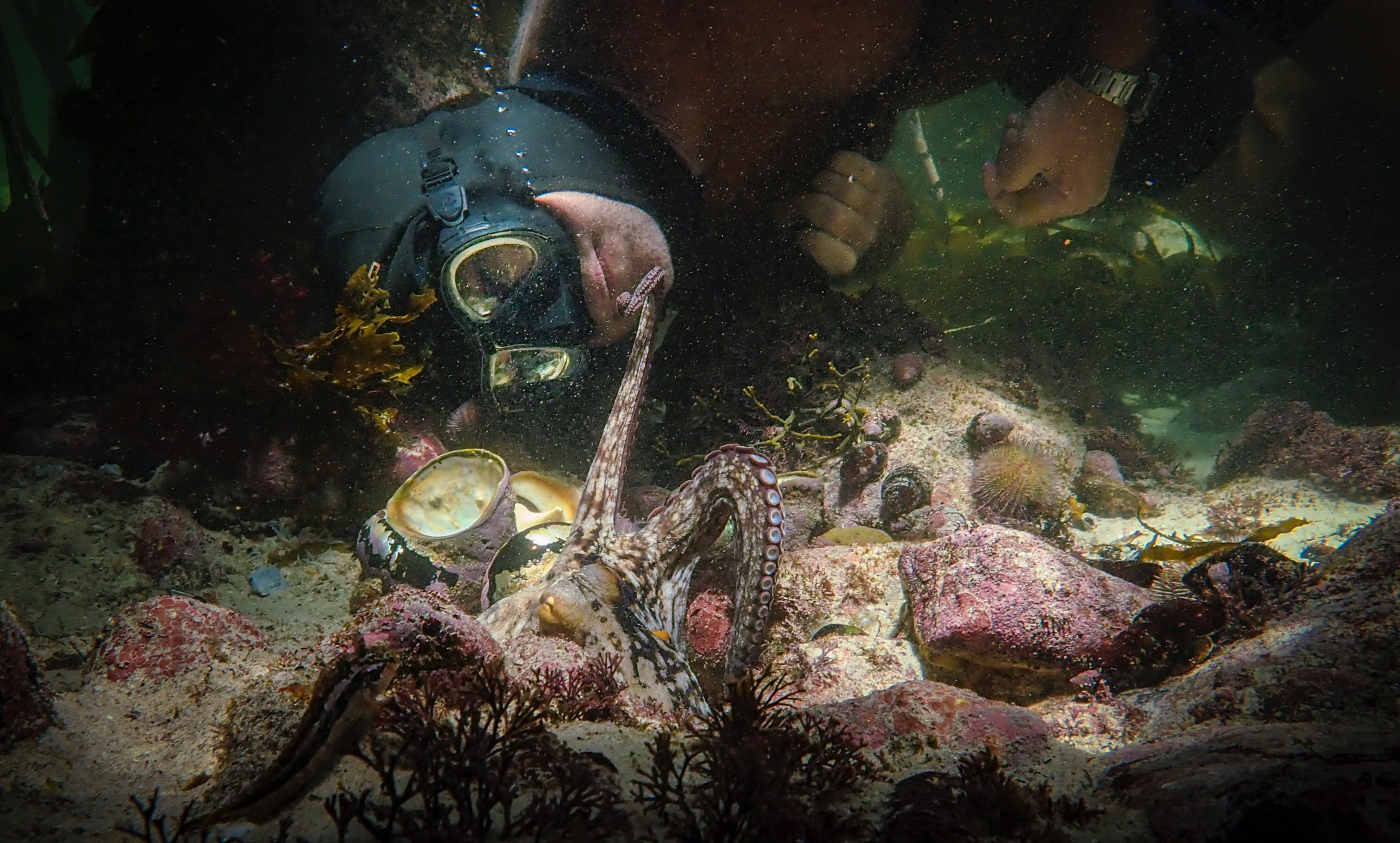 Diver Craig Foster communes with the octopus in My Octopus Teacher

So many Netflix documentaries did that for me in the past year, and ultimately none of them more so than the film I opened with. In Crip Camp, directors Nicole Newnham and Jim LeBrecht distill the fluid nature of acceptance, how it flows between the smallest scales (a summer at camp with friends who really get you) to the largest.

That camp influenced the course of American history by creating a generation of empowered people who went on to lead the disability rights movement, securing passage of the Americans with Disabilities Act in 1990. Many Netflix subscribers who have watched the film may now view the world differently, moved by the story it tells. That matters because there are still so many rights to be fought for — still so many communities relegated to the margins. Documentaries from this past year stepped up the fight, from A Secret Love to Athlete A to wonderful projects like Disclosure, which, in undertaking a sweeping history of trans representation in TV and film, speaks for itself in a reflection on the power of documentaries.“It never dawned on me the world would ever change,” LeBrecht says in Crip Camp. It’s inspiring to see how much it can. 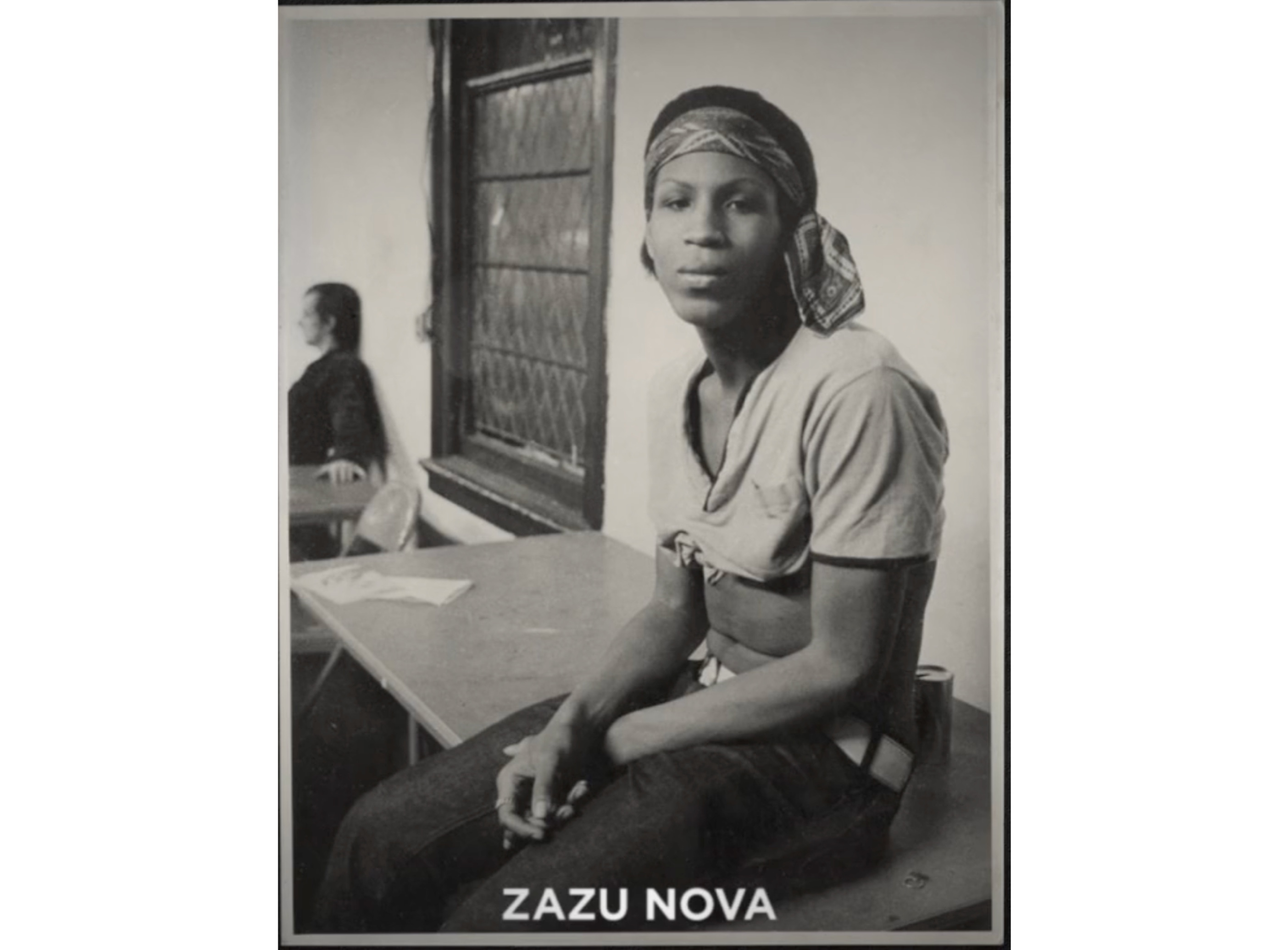 Zazu Nova, a trans activist and Stonewall leader, is featured in Disclosure