Written in the Stars

Legendary animator Glen Keane makes his
feature directorial debut with the musical
adventure Over the
Moon.

When Glen Keane turned seven, his parents held a backyard birthday party for the future animation legend and creator of such beloved characters as Ariel (The Little Mermaid) and Rapunzel (Tangled). Unlike most childhood celebrations, this one included the promise of flight.

Keane’s father told him that he’d borrowed a rocket ship from a friend at NASA. Moments later, the youngster, wearing a blindfold to protect the ship’s top-secret design, had climbed into the open-air cockpit and was soaring above the Arizona desert.“You hear this rumble,” Keane says. “You go up into the air, and you can feel the wind blowing on your face as you’re flying across the desert. You dip down into a lake. Finally, when you land and the blindfold’s removed, there’s my mom and dad — with a lawn chair. They had lifted me up in the air. There was a fan and a shortwave radio for the crackling sounds. There was the swimming pool for the lake. When I saw what they did, I was even more excited that it had all happened in my head.” 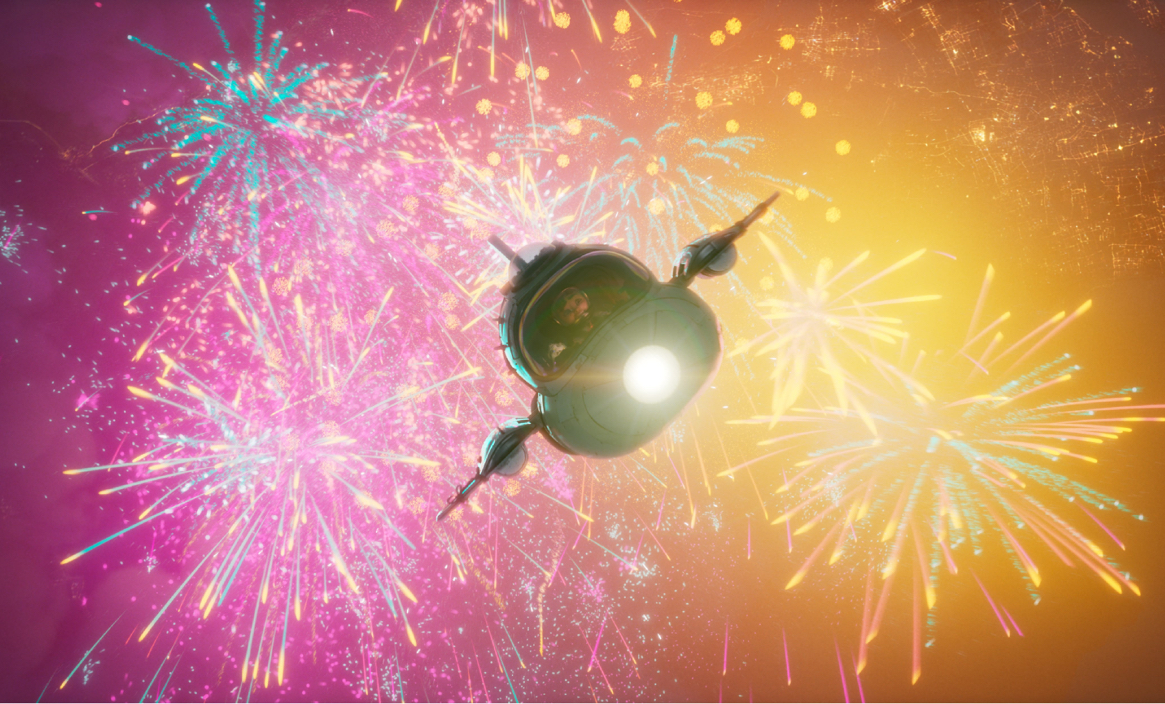 That early memory came back to life for Keane when he read the screenplay for Over the Moon, Netflix’s new animated musical, which finds its inspiration in a fantastical Chinese legend. The film marks Keane’s feature directorial debut; a previous collaboration with Kobe Bryant on the 2017 short Dear Basketball earned him an Academy Award.

The story, scripted by the late Audrey Wells (The Hate U Give), follows young heroine Fei Fei (voiced by Cathy Ang) as she travels to the stars in order to prove to her father that the moon goddess Chang’e (Phillipa Soo) — who represents everlasting love in Fei Fei’s mind — waits eternally to be reunited with her soul mate. Fei Fei is convinced that if she’s successful in her quest, her father will abandon his plans to remarry. But Fei Fei’s encounter with Chang’e doesn’t go according to plan, and she’s soon thrown headlong into a spectacular, pop-fueled adventure.“The movies that I love are always movies that I can get lost in,” says Keane. “What I got to do with this movie was put an animation blindfold around people. I wanted them to believe everything the way I believed when I was a seven-year-old kid and we were going to go to the moon and back.” 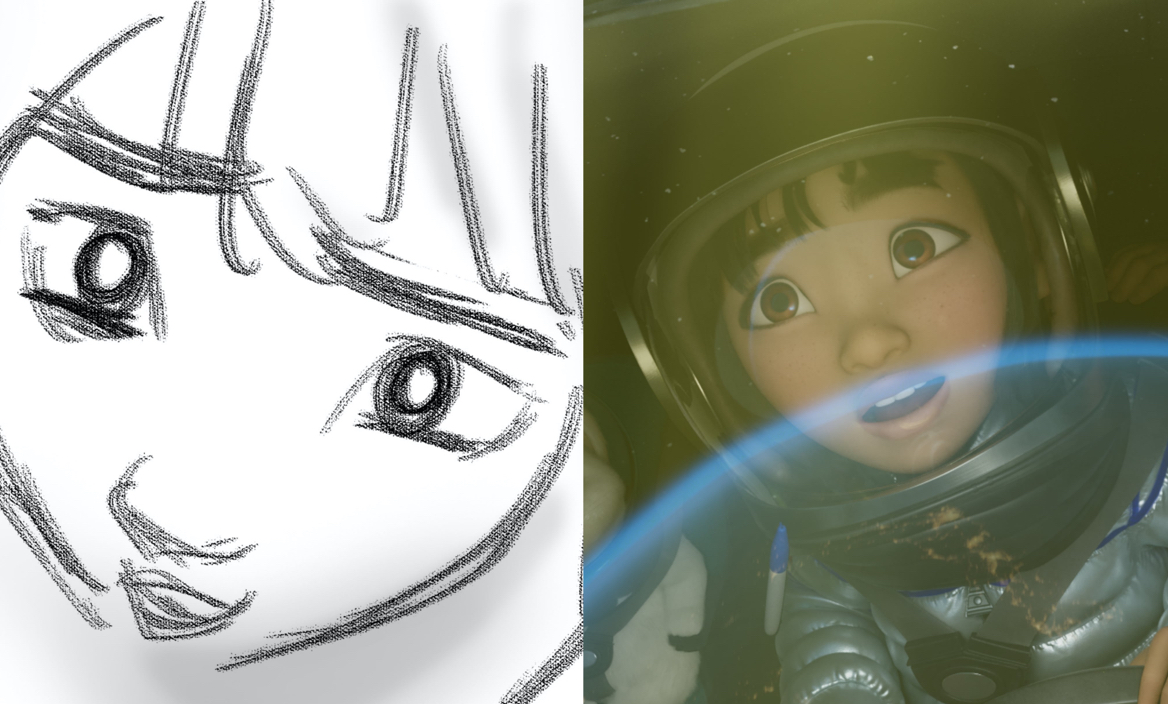 Keane spoke about this transporting tale with Over the Moon storyboard artist and Oscar-nominated director Minkyu Lee (Adam and Dog) during CalArts Weekend.

Minkyu Lee: What aspect of Over the Moon made you say, “Yes, I want to make this”?
Glen Keane: It’s always the main character that you try to identify with. Fei Fei lived up to everything that I love in animation, which is characters who believe the impossible is possible. I had just finished Dear Basketball, and as I was reading about this character, I was struck by the similarities between Kobe Bryant and Fei Fei. I always said that what made Kobe great was not his athletic ability but his hunger to learn and this faith that nothing was ever impossible. You saw that same spark in his eyes that I was imagining as I was reading about Fei Fei: Here’s this girl who’s a genius with science and math and physics and technology, but then she also has her mother’s faith. She sees what others don’t see, and she’s willing to put everything on the line to pursue that.What was the collaboration process like between you and screenwriter Audrey Wells before she passed away in 2018?
GK: I did not know that she had cancer at the beginning. I didn’t find out until later that she knew she probably would not live to see this movie. There was such a weight that she gave to the story: the idea of dealing with loss. The villain in the movie is really death, in many ways. Audrey provided a way to talk about that.A few months before she passed away, we were talking about The Wizard of Oz — was it a dream or was it real? — and we were talking about Over the Moon. I put out there the idea that Fei Fei goes to the moon and meets this goddess and comes back — and it’s a dream. Audrey said, “No, it’s not.” She was so committed to that. I recognized in her the importance of believing so deeply in what you were doing. I determined right then that we would walk the razor’s edge as to whether this was a dream. Audrey knew she was not going to live to see this film, and the message that she was leaving behind about dealing with loss and pain had to feel so real and so right for her family. 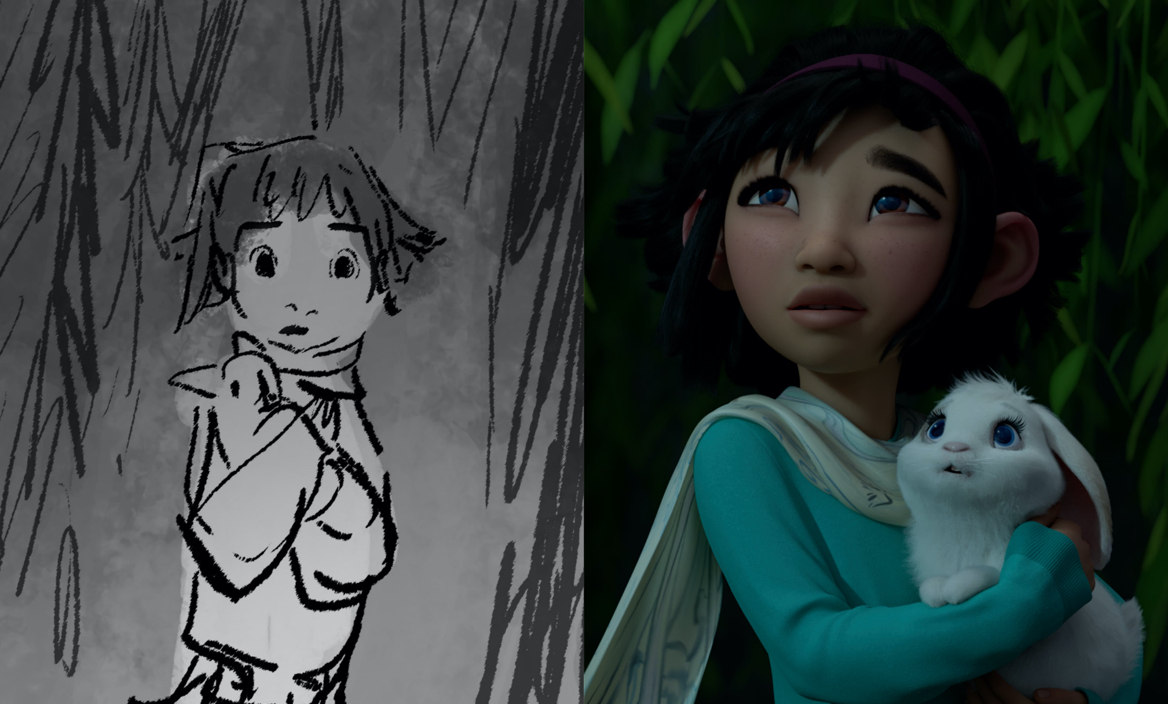 What was her reaction when you wanted to add songs to the script?
GK: When I suggested this should be a musical, Audrey’s eyes lit up like, “Yes, thank you!” She didn’t write it as a musical, but reading the script, I couldn’t help but see that the elements of music were there. I kept thinking of Howard Ashman, lyricist for The Little Mermaid and Beauty and the Beast, as he would launch the story forward with music. It became really clear to me that this was going to be a movie about the intelligence of Fei Fei and the experience of her heart and her mind.

What were some of the most important things to communicate to your animators about bringing Fei Fei’s performance to life?
GK: A character like Fei Fei starts with the design. Fei Fei’s hair was a symbol of the chaos that she felt in life when her mom passed away. That explosion of black hair required certain elements in the facial design. She had to have these really strong eyebrows to compete with this huge poof of hair. Her lips were bold and strong, and we worked so hard on the corners of her mouth. I’m obsessed about the corners of characters’ mouths, that we don’t pinch them like C.G. typically does. Fei Fei’s face was designed like a Lamborghini: such care and so many tiny little elements put in there. What I was taught again and again was don’t animate what the character’s doing, animate what the character’s thinking and feeling. I mean, I drew way more on this movie than I ever did on any hand-drawn film. 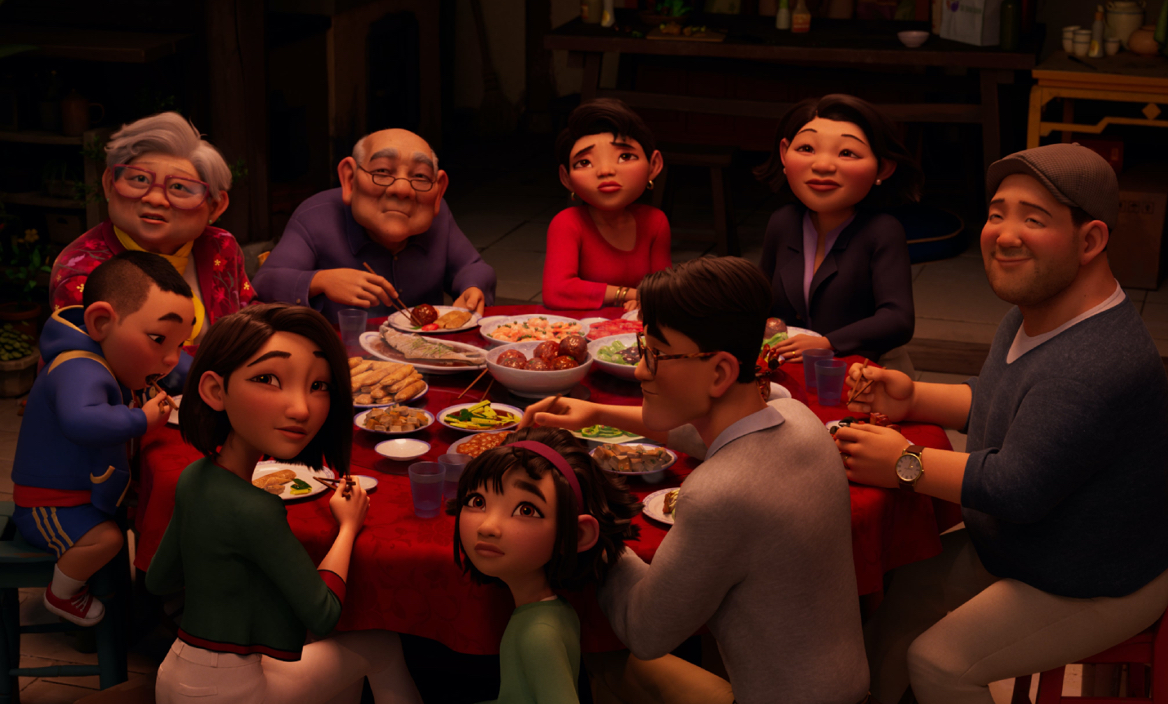 Fei Fei at one point in the movie says, “I just want things to go back to the way they were.” You don’t live life going back. You can only go forward, and the only way for Fei Fei to go forward is to go through what Chang’e calls The Chamber of Exquisite Sadness. Those tears of joy and tears of sorrow are two sides of the same coin. Going through that pain and facing it, you come out the other side richer and stronger.

Watch Over the Moon
on Netflix now.