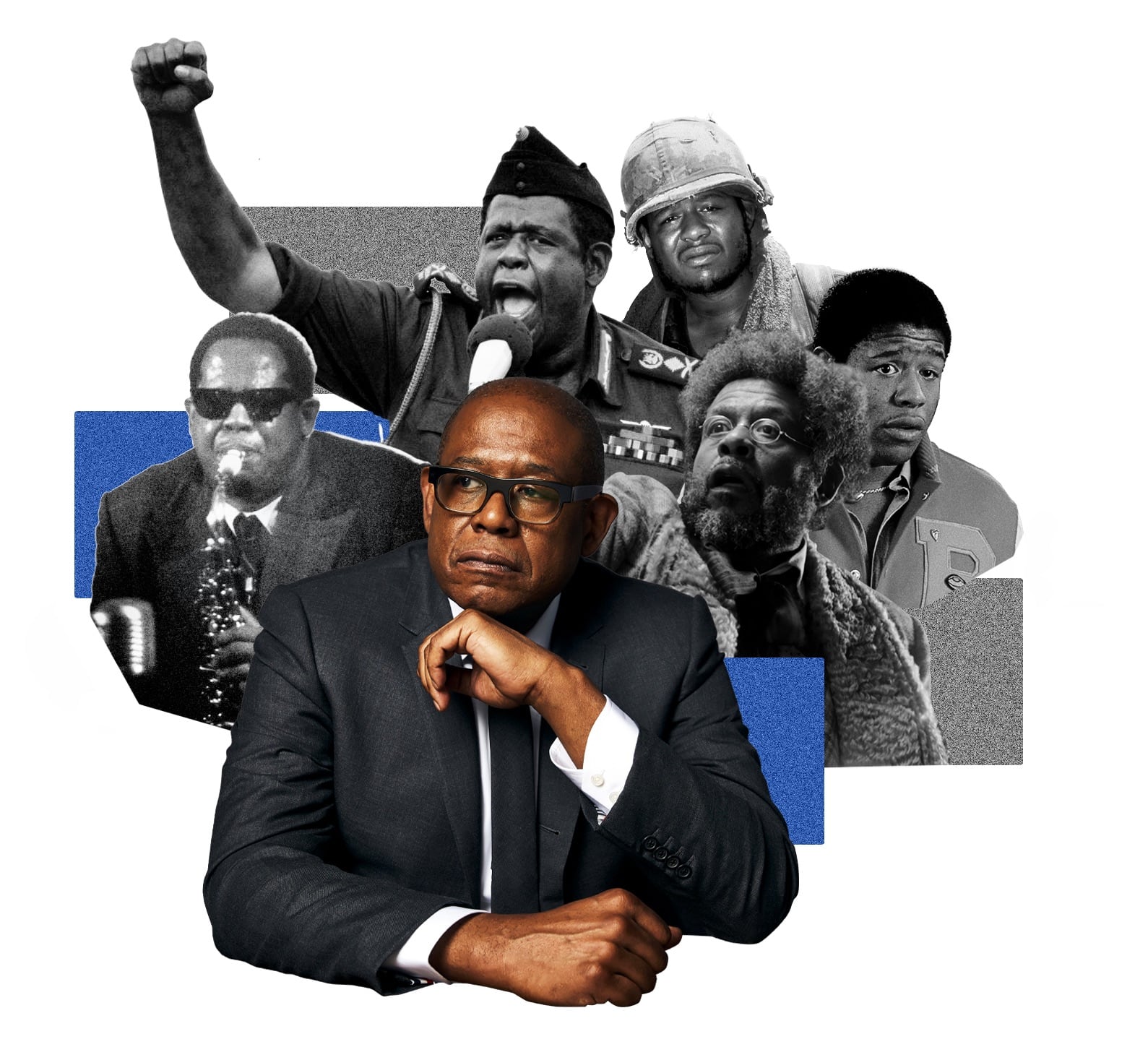 Forest Whitaker shares stories from a life in acting in honor of his latest project, Jingle Jangle: A Christmas Journey.

From a feature debut in the classic 80s rom-com Fast Times at Ridgemont High, to an Academy Award-winning performance in The Last King of Scotland, the scope of Forest Whitaker’s ability is breathtaking. The actor has worked with the likes of Martin Scorsese, Clint Eastwood, and Oliver Stone. He’s tapped into the emotional centers of a jazz legend, a pool shark, a brutal dictator, and a young soldier in Vietnam. Now, he takes a look at some of the defining performances of a 40-year career, and celebrates his latest role, as the inventor Jeronicus in the Netflix holiday musical Jingle Jangle: A Christmas Journey. 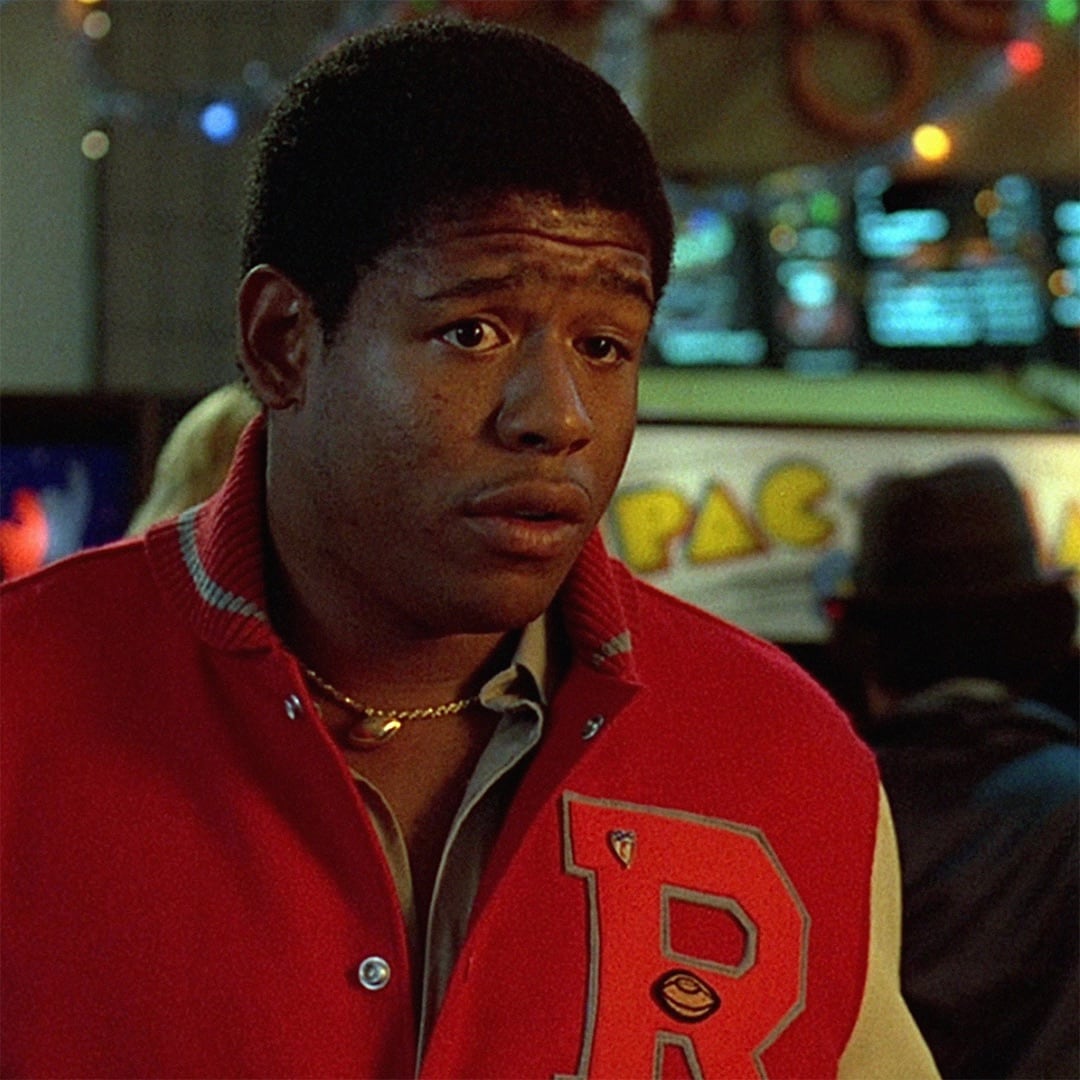 The first major role I did was a movie called Fast Times at Ridgemont High. It started the careers of a bunch of us. It was me and Sean Penn and Nick Cage. Don Phillips, who was casting, was interested in me doing it, and I had to come back a few times. They wanted me to be bigger in order to look like a football player. I’m like, I am a football player.

The Color of Money was interesting because I auditioned for Martin Scorsese, but I didn’t get the job — they hired another guy. Then I got a call: First off, “Do you play pool?” I said yes. They asked me if I would be willing to fly myself to Chicago and audition for Martin Scorsese. I had a couple of weeks to get prepared before they were ready for me. I spent 14 hours a day in the pool hall.

I flew myself to Chicago, and went in the room with Martin Scorsese and the nine-ball champion of the world. The first thing Scorsese said: “Let’s look at the lines later. Let me see you play pool.” We played eight ball. I wasn’t missing, I was almost going to beat the guy . . . but I missed. You play the nine-ball champion of the world and you miss, you kind of missed out. 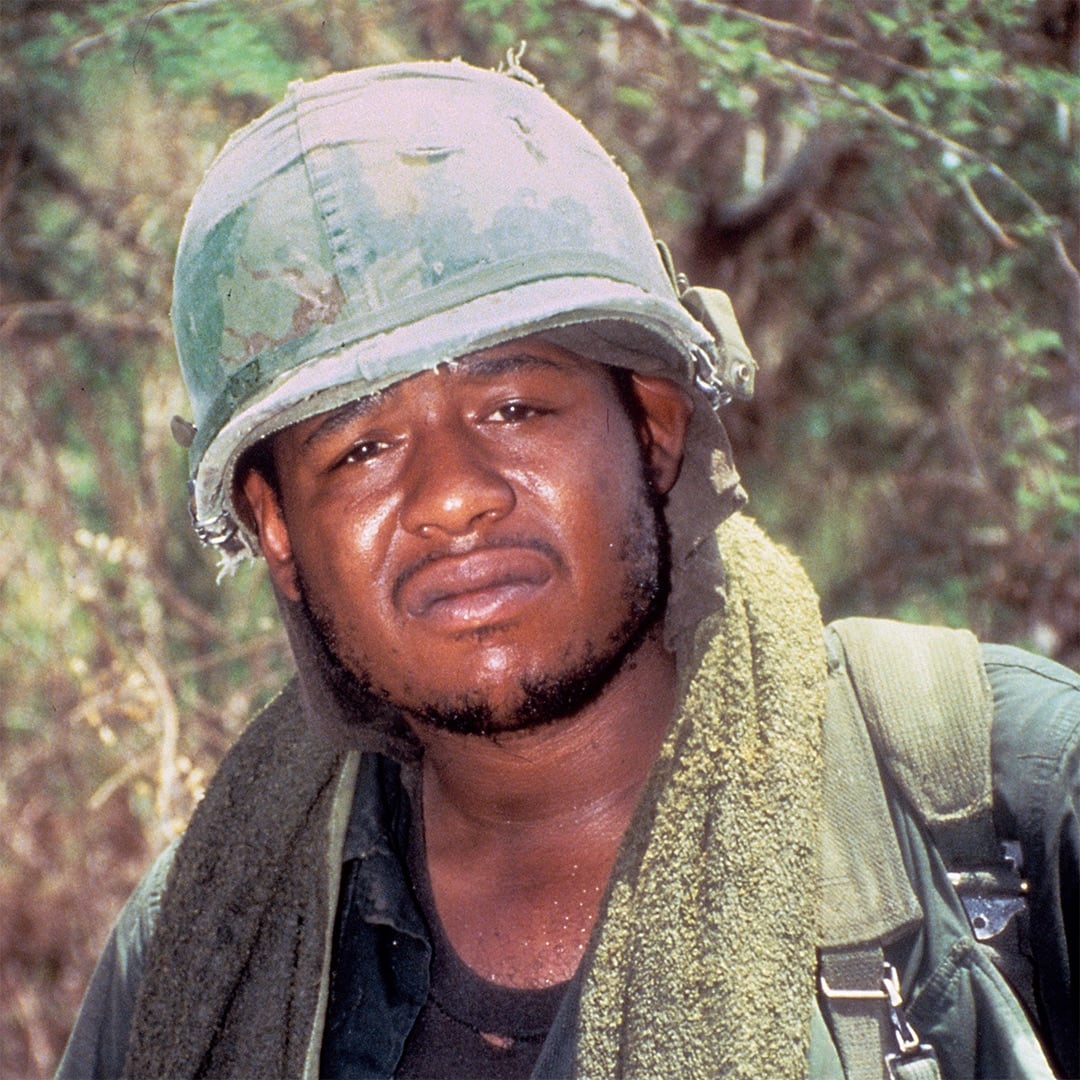 Platoon was a really intense experience because it was like a Method encampment. We got off the plane and they brought us to the jungle. They took our clothes, and then they gave us shovels and they told us to dig a hole. They said: “This will be where you’ll be sleeping for the next two weeks.” We were only allowed two M.R.E.s a day — Meals, Ready to Eat — and one canteen. The temperature was at least 112 to 117 every day.

Actually, my troop got lost. We would get lost in the mountains and we’d run out of food. We started to get attacked. We thought that it was the local farmers, because we had been taking some pineapples and things like that to eat, but it turned out it was Oliver and the Filipino Marines. They were the ones who were training us, and they had always had a set of maneuvers.To Oliver’s credit, what you see in the movie is a response. You’ll see a guy’s gun jam, and he’ll start taking it apart automatically because that’s what we were doing; our guns were jammed because of the mud. For me, I wanted to reveal more and more about humanity and the different characters and the connections they have between each other. 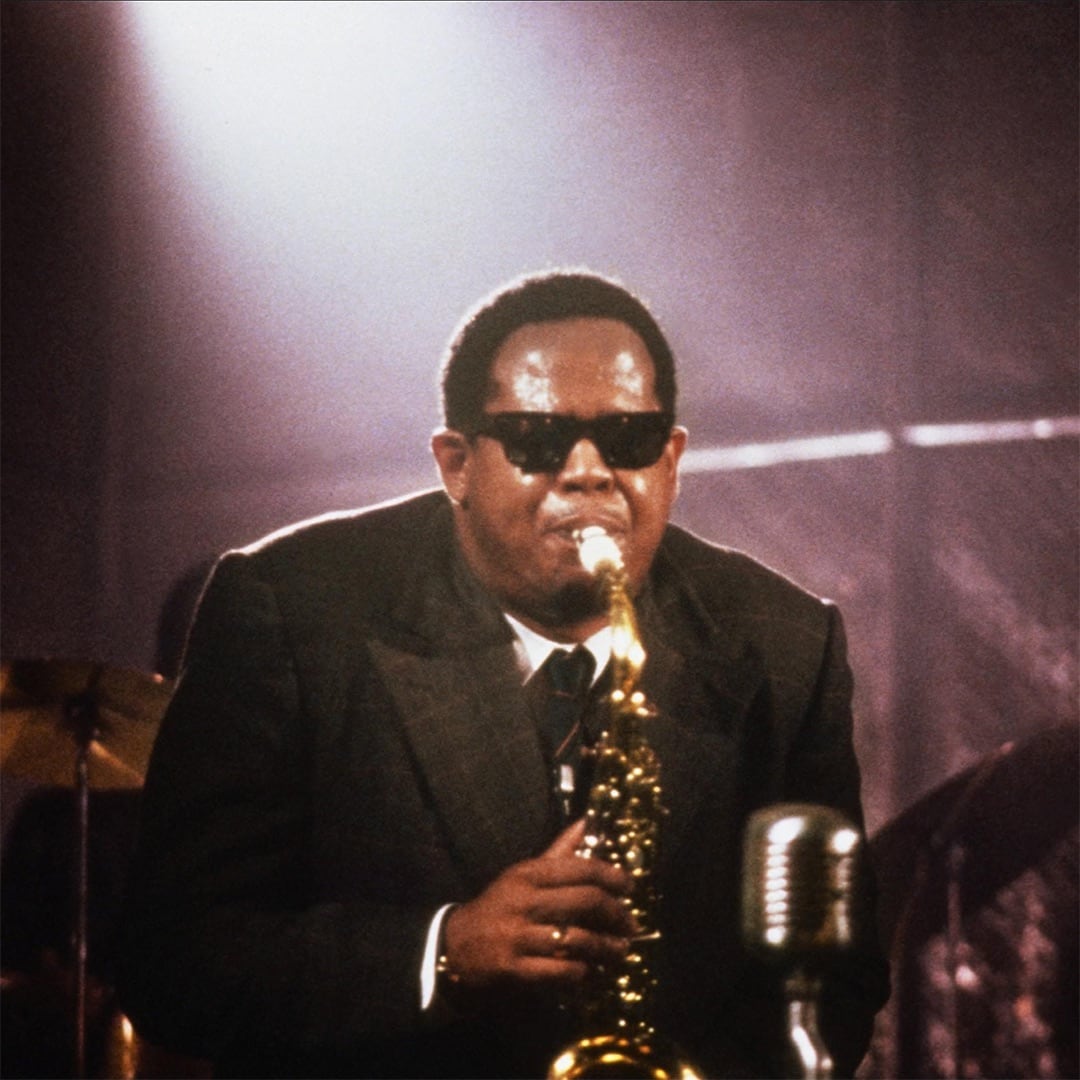 Bird was one of the first major roles I ever got to play. I had to do a scene: I was playing a heroin addict and I was in the middle of the park, nodded out. My wife — Diane Venora, who plays Chan Parker — comes to get me. Well, it just started to pour rain that day. Clint said, “You know, I think this is better.”

It turned the scene into something really powerful. Doing it in a torrential rain really made a statement about addiction and about their relationship in a way that it never had before. There was something about his trust in me that made me be able to weather the storm of the film. It turned into something great. 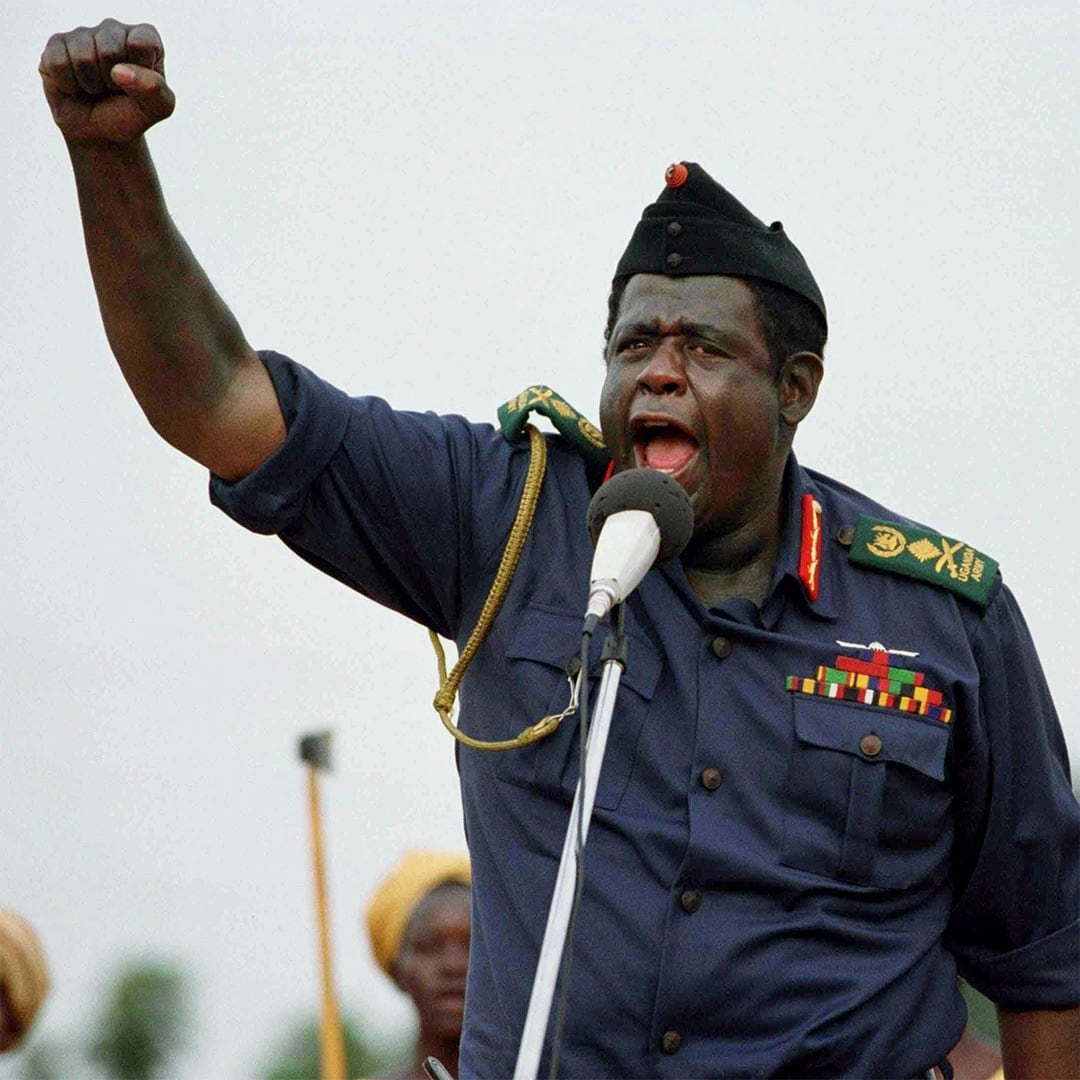 When I did The Last King of Scotland, I first began studying the history of the man and the place. I flew to Uganda months ahead of time and went to meet different people — some who had been harmed by him, some who were his ministers. I met with his brother and his sister. They started to bring me around all of Uganda to give me the experiences I was looking for. I would take those pieces, combined with my own fears and paranoia of what war was like. Merging those things together, I would start to breed the character.

Even when I went to sleep, I would be dreaming as the character. 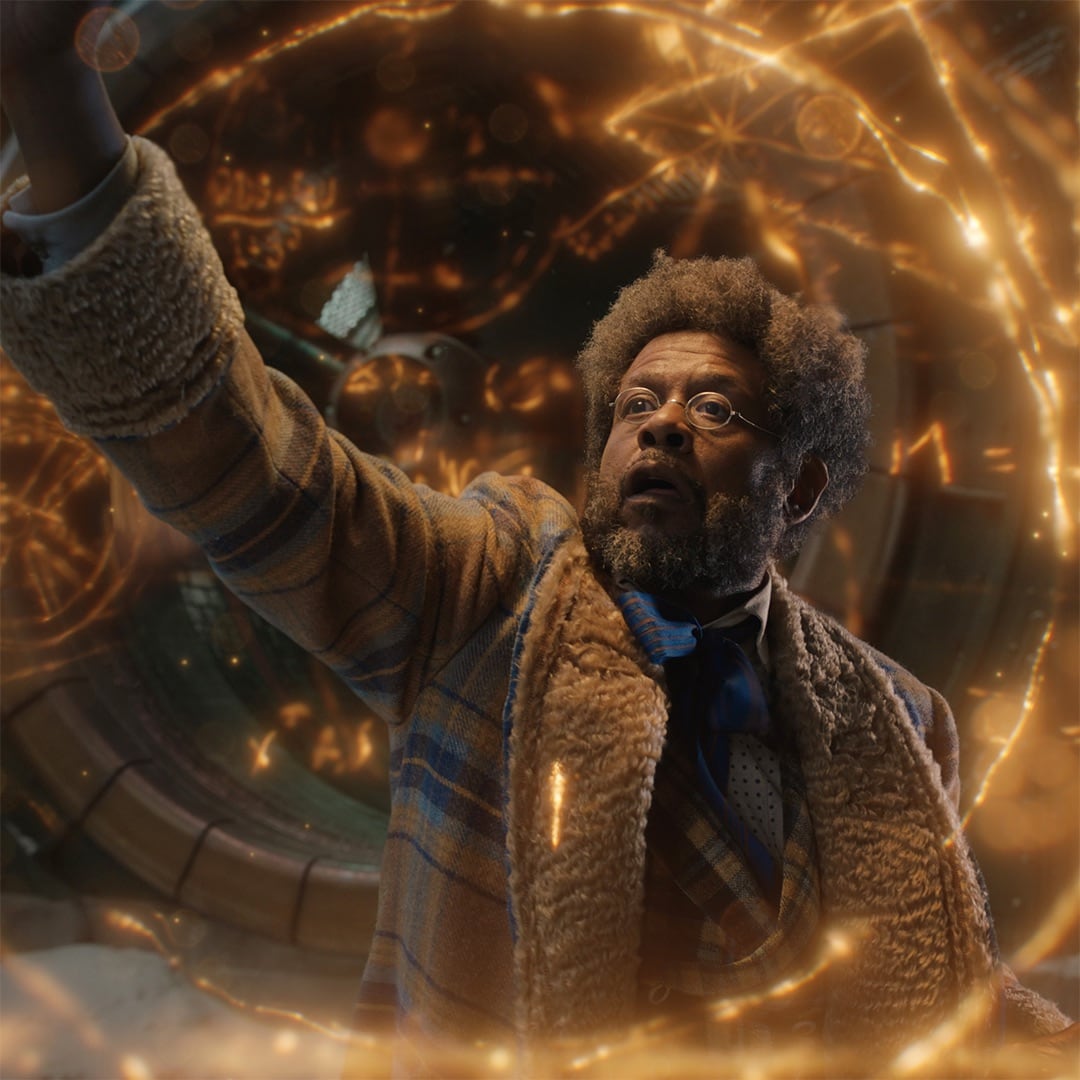 The characters I get to play are really quite diverse. In Jingle Jangle: A Christmas Journey, I’m playing this inventor. I came into London maybe two months before we actually started filming. For one, I needed to learn the songs. I had to get a singing coach because I hadn’t sung in years. I wasn’t sure I could even do it. I also had to learn how to fly, which I hadn’t done in any film before. I got on the ropes and let them pull me around a little bit.

Getting to know all the characters that were going to be in this universe, it was really great. I have this philosophy about working on a character: It’s like I’m pulling away layers of experiences to get to the bottom — which for me has a pilot light. There’s a humanity that’s at the bottom of it no matter what they do. I think it’s that light — that thing that I am searching for — that people feel.