Queue gears up for what’s next.

Millions of royal watchers’ patience will be rewarded on November 15th, when the highly anticipated fourth season of The Crown premieres. The year is 1979, Margaret Thatcher has just been elected prime minister, and a young woman named Diana Spencer is set to marry her prince.

The fourth season reunites an award-winning cast that includes Olivia Colman as Queen Elizabeth II, Helena Bonham Carter as Princess Margaret, and Tobias Menzies as Prince Philip, as well as Josh O’Connor and Erin Doherty in the roles of Prince Charles and Princess Anne. The season also introduces two new stars to the mix: Gillian Anderson arrives as Thatcher, and Emma Corrin plays Diana.As ever, The Crown Season 4 focuses on both political events and private moments behind palace walls. This time around, that balance is embodied by the relationship between two of the world’s most powerful women: Thatcher and the queen. 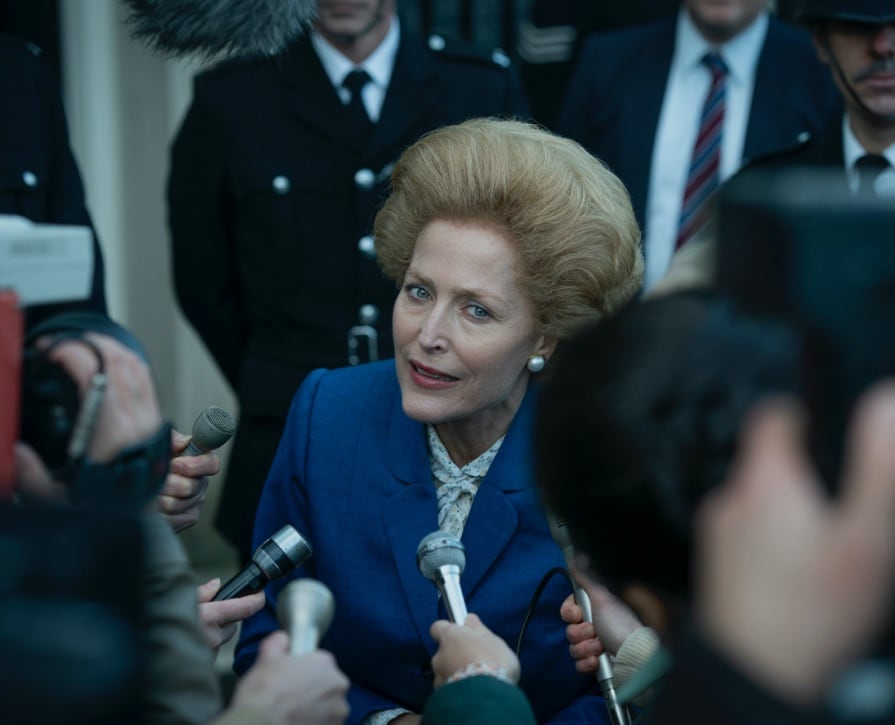 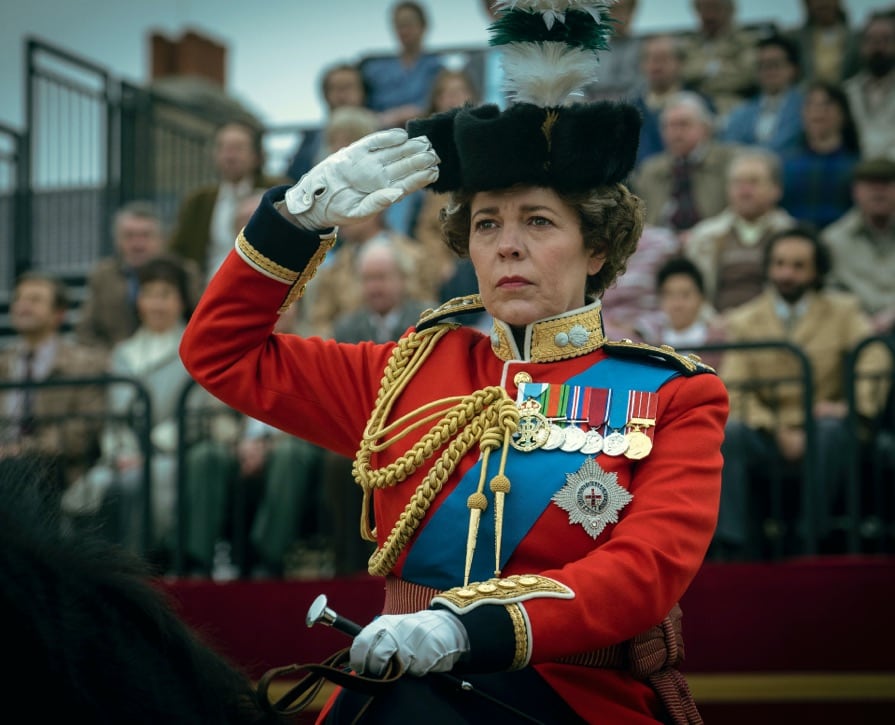 “On the face of it, Elizabeth and Margaret should get on,” says Colman. “They are the same age, have the same drive, the same devotion to their fathers, the same work ethic. Yet they don’t. It’s not the beautiful friendship that the queen hopes it will be at the beginning.” Adds Anderson: “Where the queen leans back, Thatcher leans in; where the queen does nothing, Thatcher takes action.” It is this conflict, says Crown creator Peter Morgan, “that is at the heart of Season 4.”

Central for the actors is the knowledge that this will be their last hurrah as an ensemble. Since the series’ genesis, Morgan has been clear about the importance of rotating in a new cast every two seasons. “The choice is simple,” he explains. “You can put lines on someone’s face or maybe digitally age them, but you can’t breathe the fatigue and bruises of life into a face.”“It’s like a relay race,” he continues, describing this changing of the guard, “and you pass the baton.”The cast isn’t getting weepy just yet. Says Colman: “I have enjoyed this job so much, and I will miss sitting with and laughing with everyone on set so much. But we really are having the time of our lives.”In anticipation of all the upcoming fun, we’re taking a look at what it means to join the cast of The Crown, remembering some of the best moments from Season 3, and possibly getting a little ahead of ourselves. 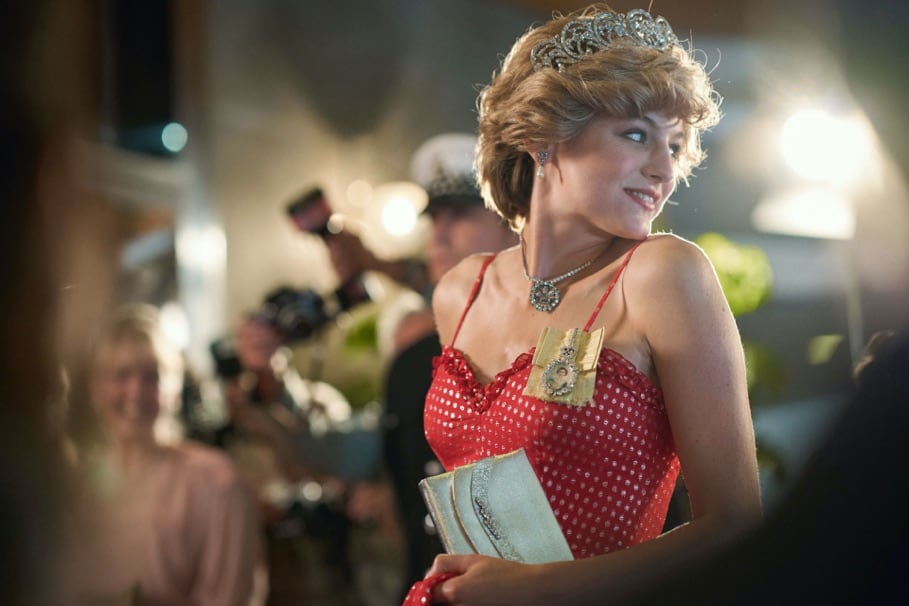 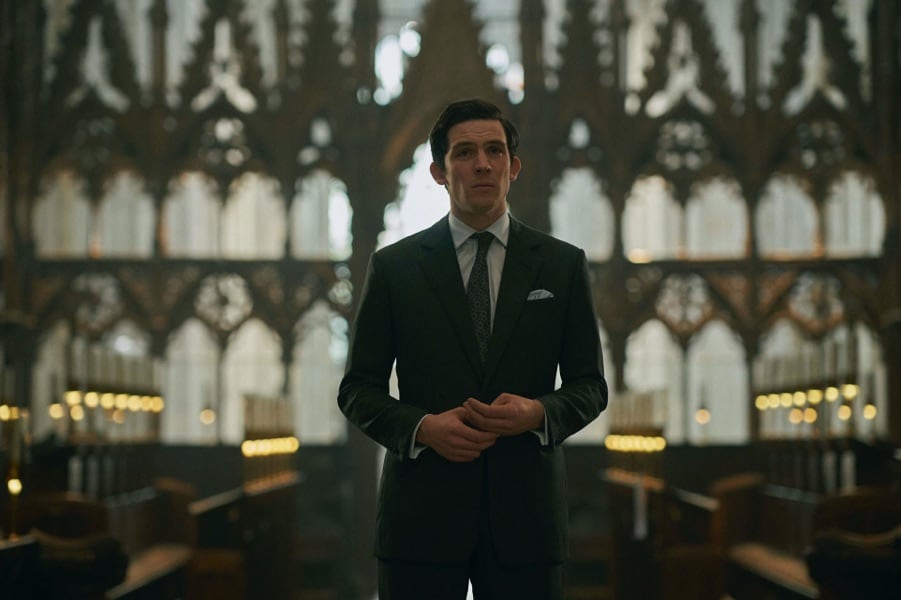 HOW THE CAST GETS INTO CHARACTERIt’s not easy being a princess. That’s why an etiquette adviser is present on the set of The Crown and the actors are given hundred-page protocol “bibles” to study. In addition, a department of five researchers makes sure that the scripts and performances stay true to history. “As soon as you’re on board, they fill up your inbox,” Colman summarizes.“The main part of being a member of the royal family is being seen,” says Bonham Carter. “If your one job is to get from a car to the door at whatever public event, you must go as slowly as possible. You have to maximize the amount of people who are going to see you. Hence, the royals move so slowly. That was the first thing we all had to get right.” 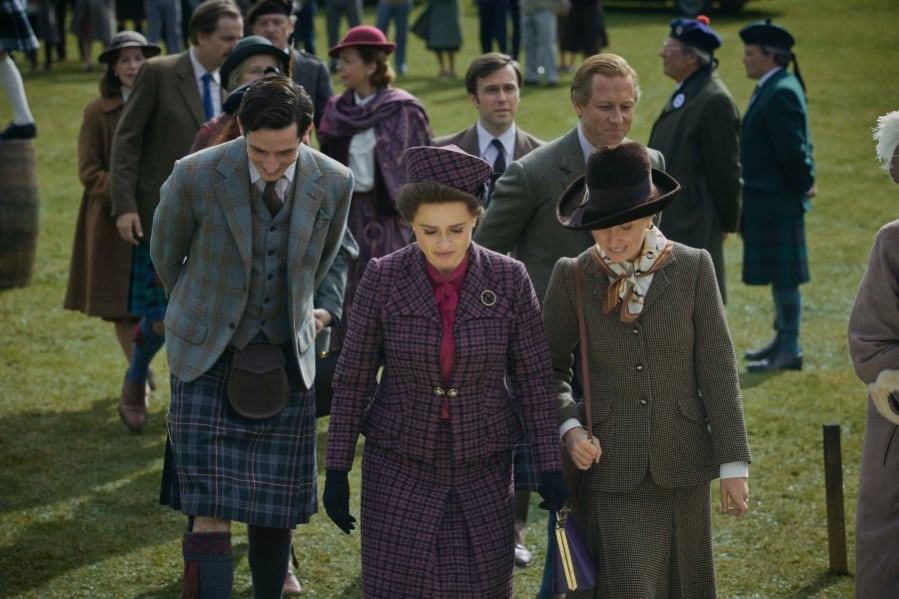 Even before they made their unhurried entrances on set, the stars had their work cut out for them. To play Princess Margaret, Bonham Carter pored through books and interviewed Margaret’s friends. Hair and makeup designer Cate Hall even arranged an educational meeting between Bonham Carter and Margaret’s former hairdresser, who treated them to a “tiara-application master class.”

Anderson, for her part, admits to “watching and reading everything I could.” She worked with movement and voice coaches to perfect Thatcher’s signature walk and manner of speech. “I listened to her voice a lot in private,” she says, “and spoke in that voice out loud when no one could hear.”Corrin also had a movement coach, who counseled her on the minutest details, including how to stand in a doorway as Diana. Dance lessons helped the actor tap into the princess’s joy, and a meeting with the royal’s former private secretary, Patrick Jepson, revealed not only how much Diana suffered in her unhappy marriage, but also her essential effervescence: “He said she had a sense of fun that was contagious,” reveals Corrin.As for Menzies’s study of Prince Philip? “I started by listening and watching him loads, which was kind of fine,” he says. “And then your eyes and your ears start to bleed a bit.” 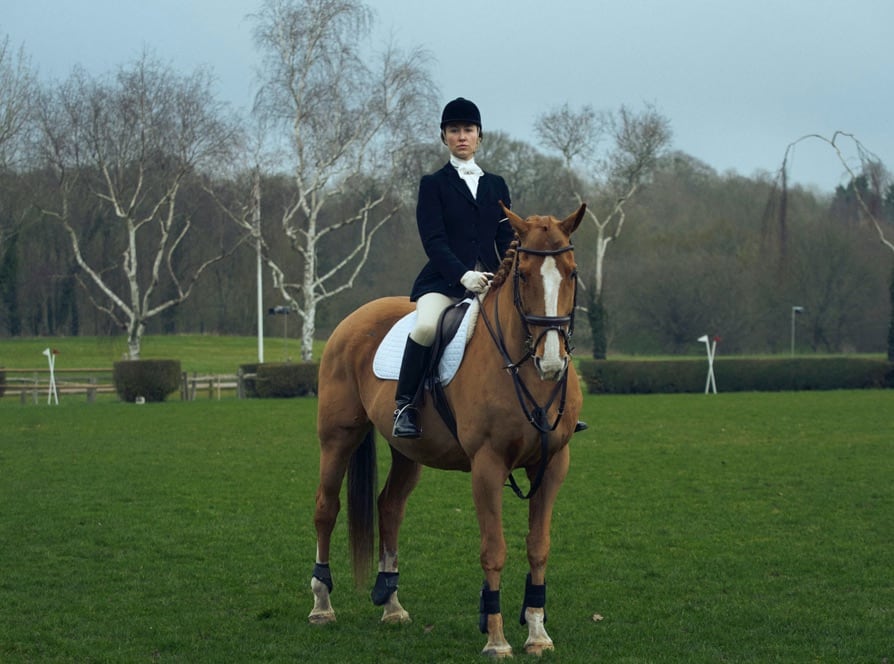 The biggest stumbling block for some of the cast was their lack of horse sense. “I had that classic chat in my first audition where I just said, ‘Yes, I can ride!’” remembers Doherty. In reality, she had never been on a horse in her life, though that didn’t stop her from trying out for the role of Anne, who was an Olympic equestrian. “I wasn’t going to take myself out of the running,” Doherty says with a laugh. “For the first year I got away with it, and then they said they would give me lessons.”

O’Connor likewise learned to ride in order to be convincing as Prince Charles. But Andrew Buchan got a free pass when it came to portraying Andrew Parker Bowles on horseback. “Andy had just had a new baby and wasn’t in any kind of state to be learning to play polo,” explains director Sam Donovan. Instead, production had a contraption built that looked like a horse and rested on top of a quad bike, enabling Buchan to look like he’s riding in close-ups.Zooming out, any Crown fanatic would be hard-pressed to find fault with this meticulous and marvelous world. “It’s the most childlike thing when you come onto the fantastic sets, like being in a play” says Menzies. “That’s been a particular joy.”

A RUNDOWN OF STANDOUT EPISODESAll that research pays off across Season 3, which spans an especially tumultuous period in British history and in the royal family. As if you needed any encouragement, here are some outstanding moments that will convince you to go back and live the drama all over again.

Bonham Carter shows her comic wit when Princess Margaret travels to the U.S. to attend an official dinner with President Lyndon B. Johnson and the first lady. She ends up in a drunken competition with the president, spitting dirty limericks and winning hands down by working both “vagina” and “asshole” into a rhyme. She also kills it style-wise, thanks to a red and white floral ball gown created by costume designer Amy Roberts. 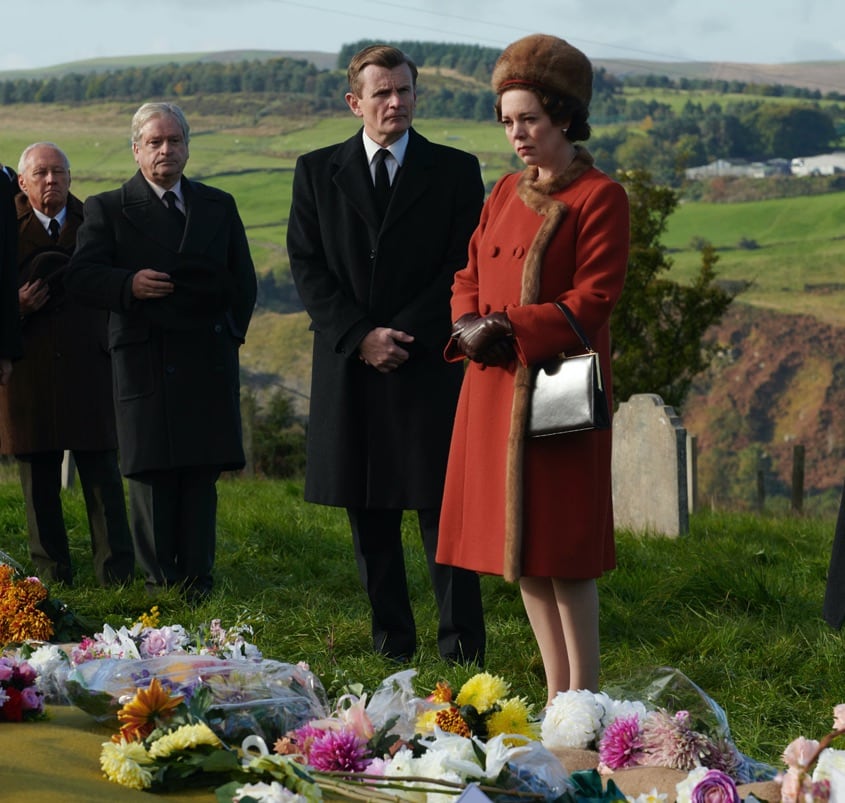 Princess Margaret breaks the news of the tragic 1966 Welsh mining disaster to the queen. Colman was unable to stop crying as they filmed the scene, and producers ultimately gave her an earpiece through which, Morgan remembers, “We were reading the shipping forecast to her.” Director Benjamin Caron cites this as his favorite episode of the season. 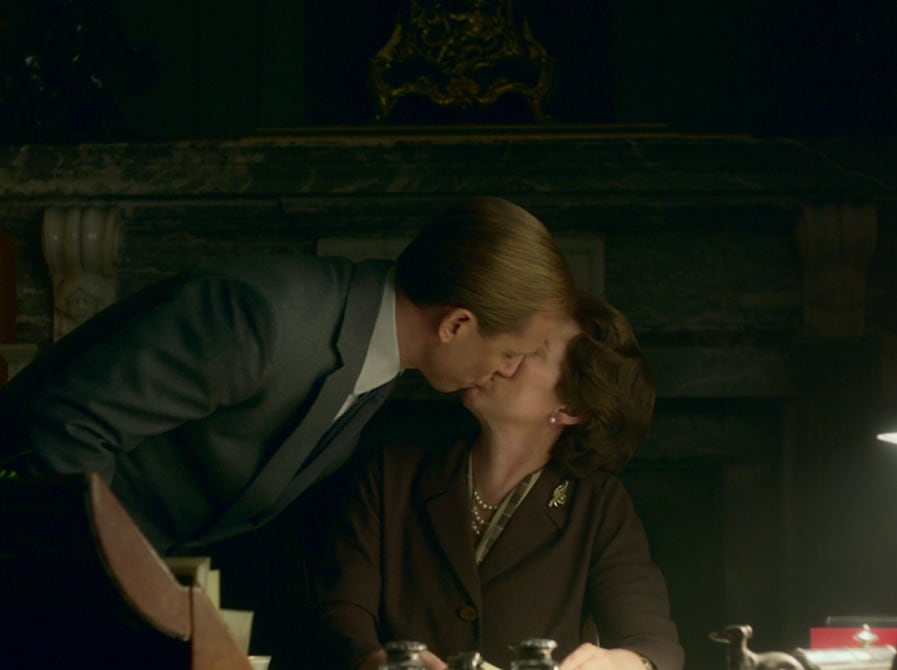 At the end of Episode 5, there is a rare romantic moment between Elizabeth and Philip, when he kisses her. “I love that scene with Tobias, and that moment of lightness,” says Colman. The kiss wasn’t originally in the script, but director Christian Schwochow explains that when Menzies improvised it in rehearsal, “We were like, ‘This is how the scene needs to end!’” 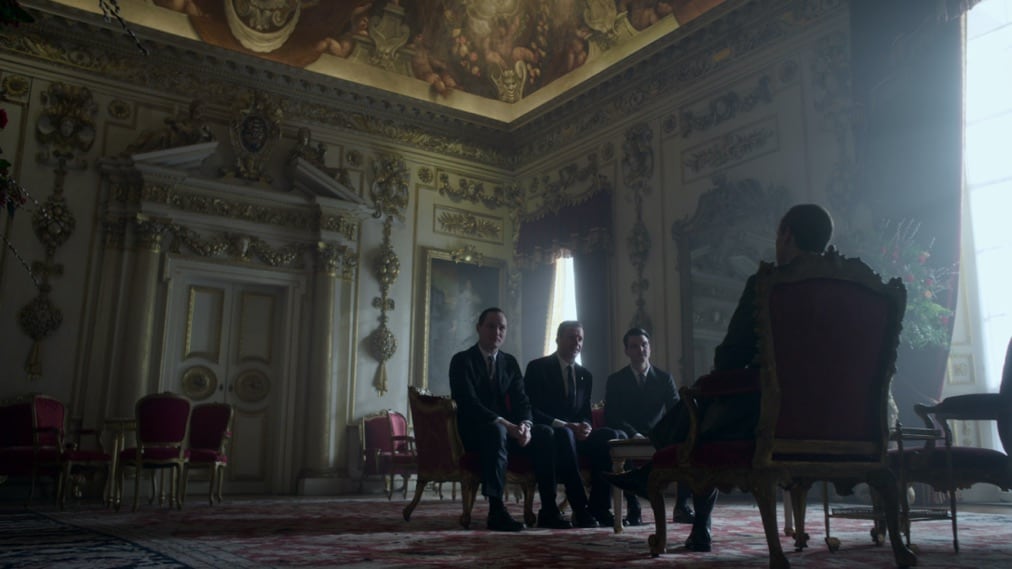 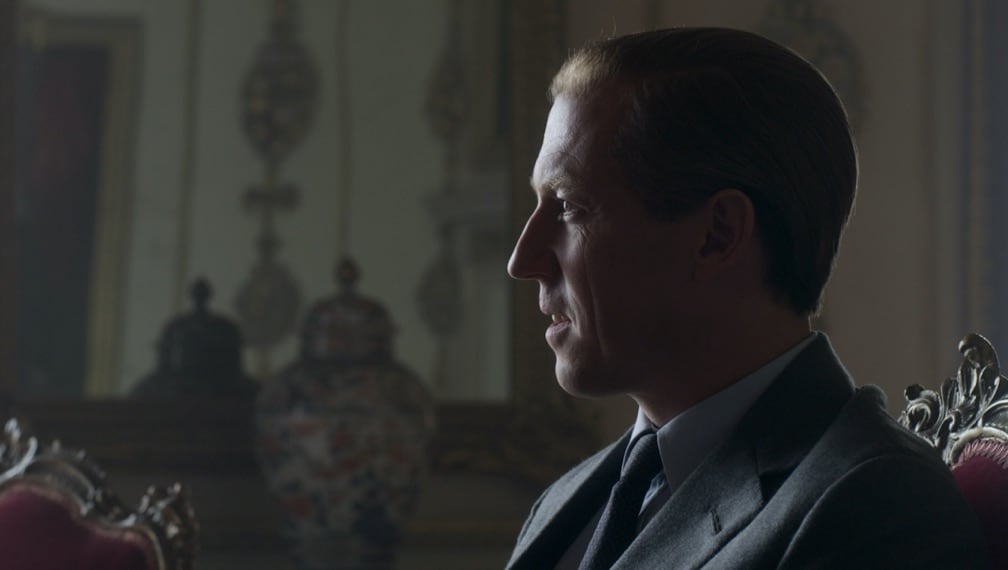 It’s impossible not to sympathize with Philip when his fear of failure is brought to a head in a meeting with the Apollo 11 astronauts. “Philip is going through a midlife crisis,” Menzies explains. “I’ve also come up against those feelings of, What have I done with my life? Have I done enough?” This is Morgan’s favorite episode of the season.

A dying Duke of Windsor (Sir Derek Jacobi) meets with the queen and talks about his decision to abdicate the throne for his love of Wallis Simpson (Geraldine Chaplin). “You knew this was going to be the last meeting between the two of them,” remembers director Sam Donovan, who describes “the regret, and, in a weird way, the respect they have for each other.” When Jacobi said the line, “The crown always finds its way to the right head,” Donovan says there wasn’t a dry eye among the crew, “and Olivia really had to fight back the tears.” 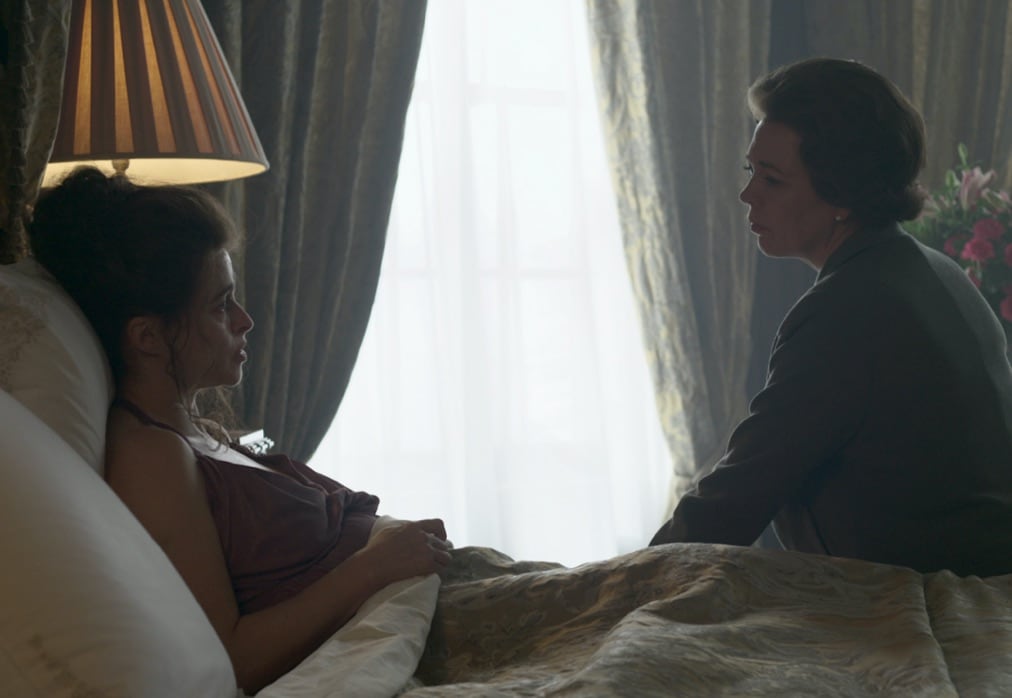 In the season finale, Queen Elizabeth and her sister have a moment of striking intimacy. The queen visits Princess Margaret, who has taken to her bed following an argument with her husband, Antony Armstrong-Jones (Ben Daniels). “Of all the people everywhere, you’re the closest and most important to me,” Elizabeth quietly tells her. Colman says of the scene: “I think that’s one of my favorites. Once there’s a bit of emotion, I find it quite hard to do it daintily.”

SEASON 4 BY THE NUMBERS

Without revealing any spoilers, numbers alone betray the sheer scope and ambition of the upcoming season. Consider these stats:

The number of locations involved in filming, with on-location shoots accounting for about 75%.

The number of silver-framed photos of the characters that are arrayed about the various sets. 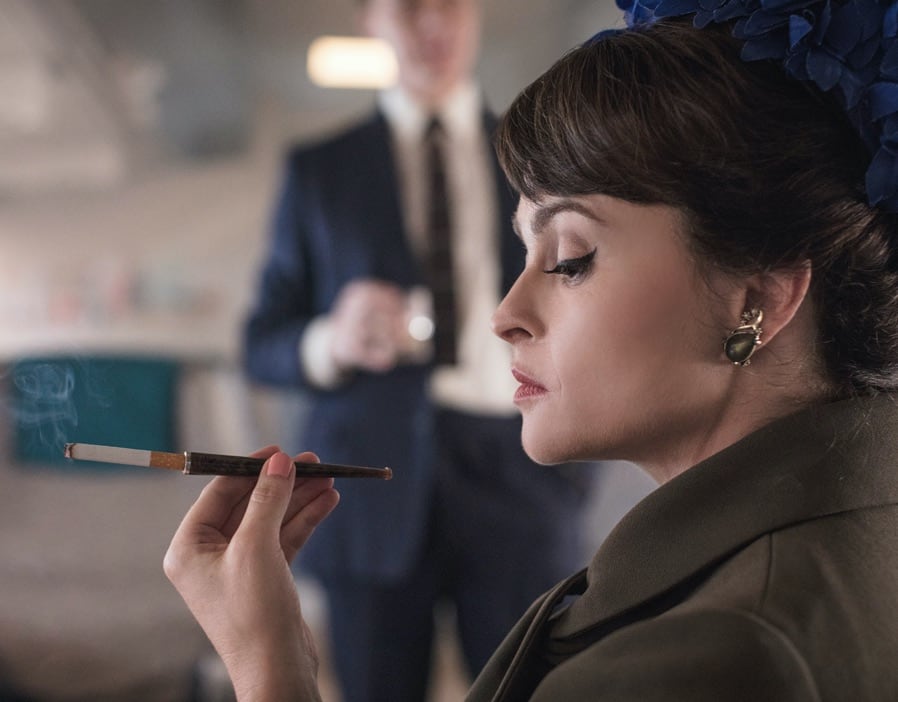 The number of different cigarette holders used by Helena Bonham Carter. Her favorite is one made from thick horn. She also has eight different antique cigarette cases.

The number of wigs per character. Each wig took three weeks to make.

The number of scenes depicting official “audiences” between the queen and Thatcher. These meetings were historically held every Tuesday and numbered 200 in all. 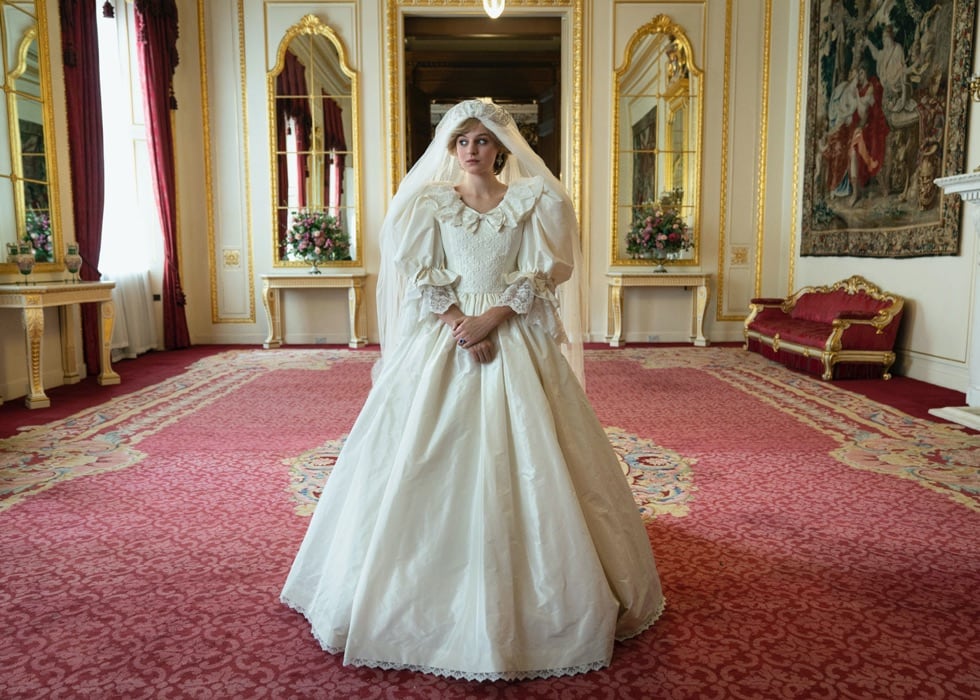 The number of costumes made by hand. Some 120 of these are for the queen, and 80 of them are for Diana. There are an additional 1,500 uniforms.

HEIRS TO
THE THRONE

WHAT TO EXPECT
IN SEASON 5
It’s never too soon to prepare yourself. Here’s who will be storming the palace in Season 5:

will be played by Imelda Staunton (Downton Abbey, Vera Drake).

will be played by Jonathan Pryce (The Two Popes, Game of Thrones).

will be played by Lesley Manville (Phantom Thread, Another Year).

will be played by Elizabeth Debicki (Widows, Tenet).