A Friend in the Business

What happens when you’re assembling a Hollywood dream team and time is tight? Naturally, you call a friend. Director George C. Wolfe and producer Denzel Washington did just that when they found themselves in need of an ace costume designer for Ma Rainey’s Black Bottom, the film adaptation of August Wilson’s play, set in 1927 Chicago and starring Viola Davis and Chadwick Boseman in his final performance.

Wolfe and Washington reached out to Ann Roth, acclaimed costume designer and prolific collaborator of many on Broadway and in Hollywood. “They called me and I was in Europe,” Roth remembers. “Now, George is a friend, Denzel and I have known each other for years, and Viola I’ve worked with before and we text back and forth. It was a familiar group that I love. But I was in France on the 23rd of June and the picture started shooting on the 8th of July!”Nevertheless, she took the job and soon found herself costuming a sizable cast on a snappy schedule. “It wasn’t a huge picture,” she elaborates, “but there were, say, 80 people in some scenes, and that means every woman has a pair of stockings with a seam up the back, and a dress, and maybe a hat. And all the guys have to have shirts, suspenders, and pants.”The film opens on one such scene, with Viola Davis performing as the real-life Mother of the Blues, Ma Rainey, to a rapturous audience gathered for a tent show in rural Georgia. “Even during the tent scene, which must’ve had over a hundred extras, she went up to each and every one of those extras and had her hands on them,” Davis says of Roth. “She explained where each part of their costume came from and what it meant to be in that tent. They listened intently. Ann Roth is not just a costume designer, she’s an artist and she’s a teacher. That’s what makes her extraordinary.” 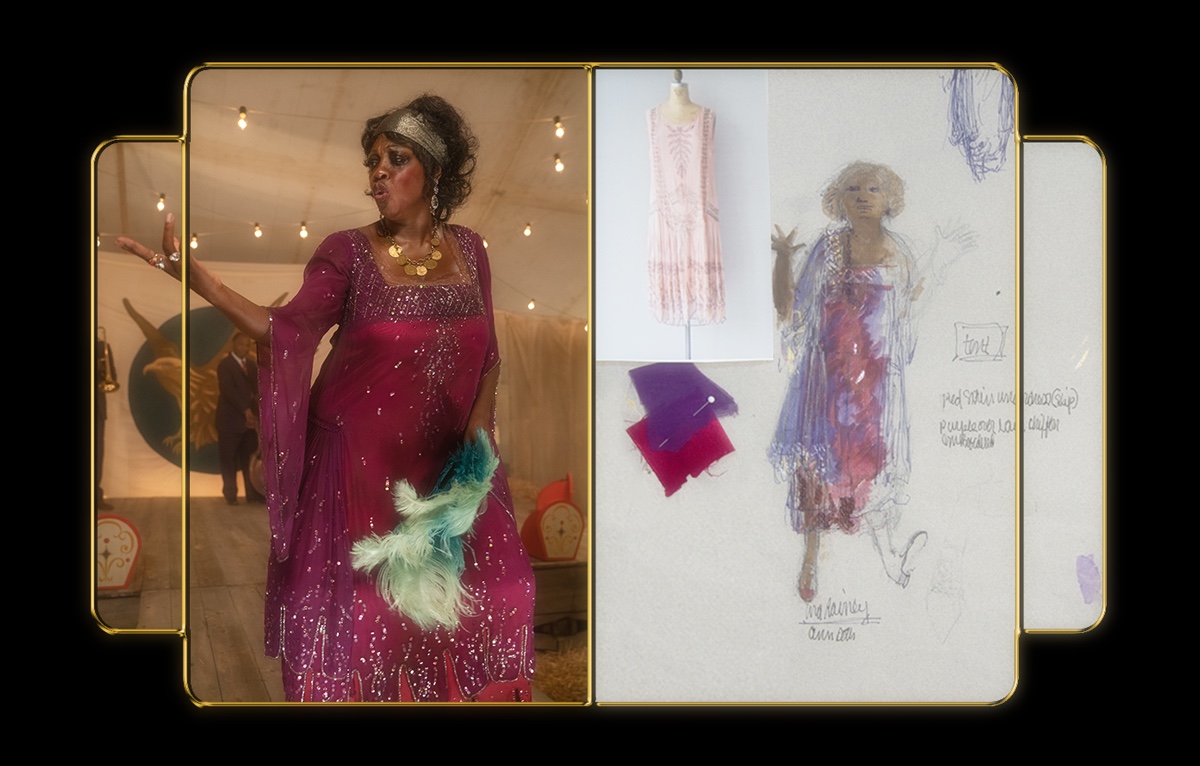 Dressing the crowds was no mean feat, but dressing Davis remained Roth’s chief concern. With just about eight surviving photographs of Ma Rainey, there were few clues to go on. “She’s got a big behind, big boobs, gold teeth, and a horsehair wig,” Roth explains. “I defy you to find horses’ hair anywhere to make a wig. Anyway, we did.”

She had just three days to dispatch her New York costume shop to create a foundation piece that added 100 pounds to Davis’s body. (In the absence of Rainey’s measurements, she used Aretha Franklin’s.) “When Viola walked into the fitting room, I can’t say it wasn’t tense,” she recalls. “It’s a difficult thing, to think of yourself acting and singing in a rubber suit for two months. We put the suit on, I slid a dress of the period over her body, and that did it. When she looked in the mirror, she started to see someone else. And that is the secret to being free to be someone else.”There were fewer pieces to make for Boseman — but a new set of challenges. “I didn’t have his measurements, and I was bringing his half-made clothes from New York to the set in Pittsburgh,” Roth says. “We had a session with the tailor that was horrible, perfectly horrible. We rushed the tailor into a plane, and he went back to New York. Four days later when he came back with the clothes, we had a good fitting.” 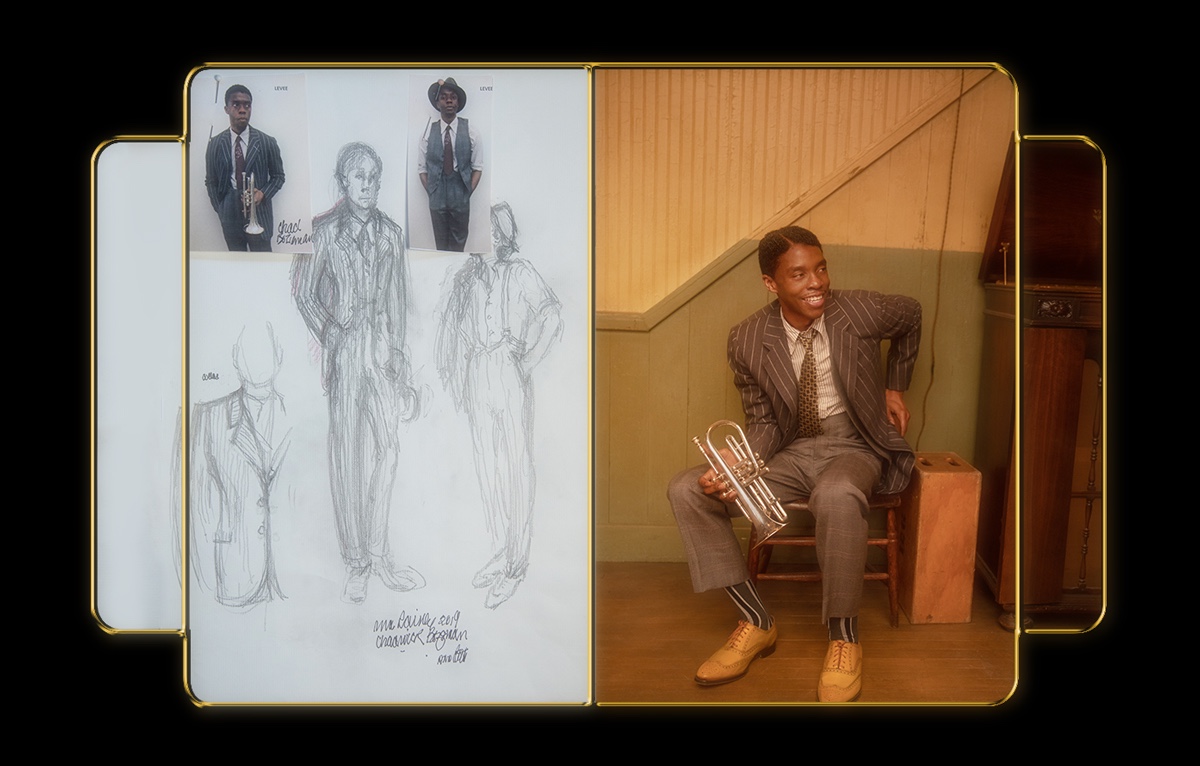 Roth’s preparation is legendary in the industry. She’s been known to hunt down 18th-century original corsets or mud-caked trousers, and to insist on the arduous process of aging newly made pieces to match the era. “I know one thing was big for the ladies in the period we’re talking about,” she says of researching Ma Rainey. “They had to look good. There was a lot of washing and ironing and pressing. And for the guys, it was very important that they had a clean white shirt and their shoes were shined. When they walked into the tent or the theater, they were showbiz.”

At the end of the day, Roth’s insistence on perfection serves the film well, bringing the characters and the drama into high relief. As any costume designer worth their salt will tell you, their job is to help actors find their characters through the clothes they wear. For Ma Rainey, Roth even hunted down pre-1927 currency to make Ma’s signature necklace of 20 gold-dollar coins. “If you go to the costume rental house and say, ‘Yeah, that looks like the pictures,’ it’s not the same,” she says. “I’m forever searching. I do not do costumes over the internet. I have to find them for myself. That’s being a costume designer.” 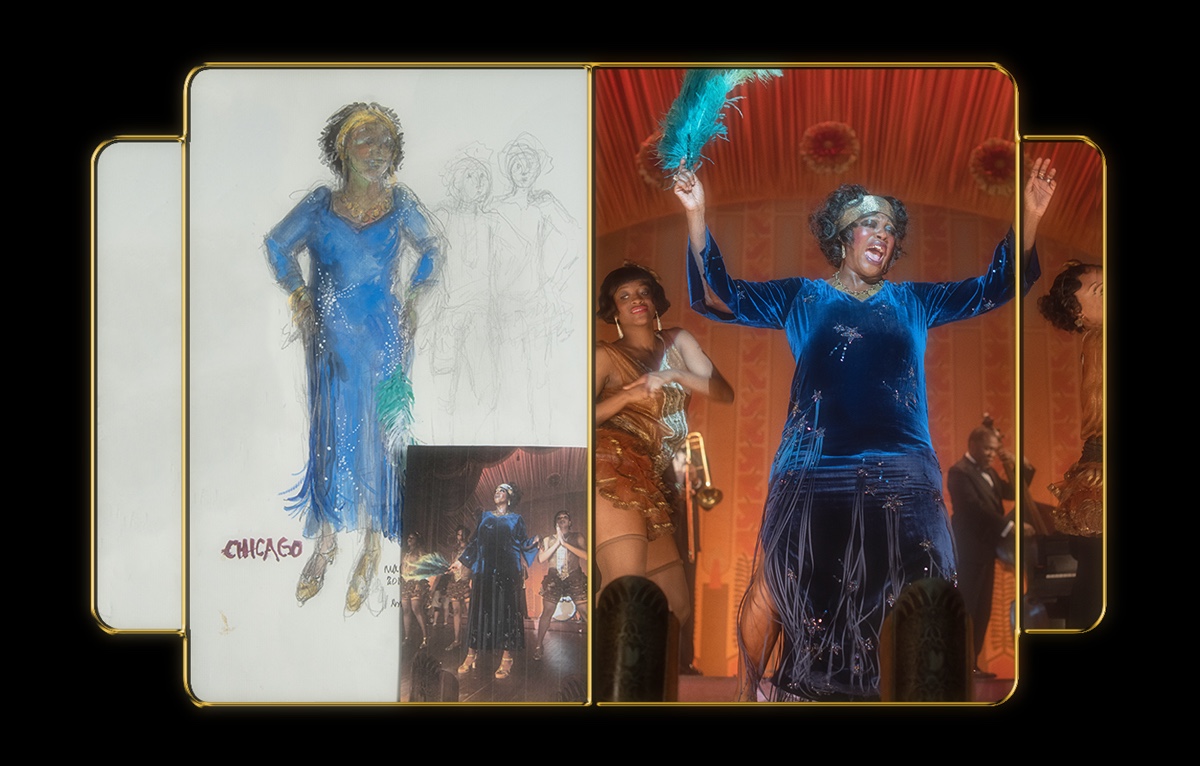 Roth actually got her start as a scenery painter for the Pittsburgh Opera. She first went to Hollywood to assist Irene Sharaff on 1954’s Brigadoon, and she’s designed costumes for memorable movies and stage productions in every decade since, tallying over 100 of each and amassing a boatload of nominations, plus an Oscar, a Tony, and a BAFTA.

She memorably costumed Kristin Scott Thomas (The English Patient, for which Ross won her Academy Award), Nicole Kidman (The Hours, Cold Mountain), Sigourney Weaver (Working Girl), and Jane Fonda (Klute, 9 to 5), but her most frequent collaborating actor is Meryl Streep, whom she has dressed in a dozen films, most recently as Kay Graham in 2017’s The Post.What’s the secret to Ross’s career longevity? “Damned if I know,” she answers. “The truth is, I have always worked with friends. For instance in the 60s I worked with Mike Nichols, and we did things together until he died in 2014. Meryl Streep and I, we became friends on Silkwood, which was a Nichols movie.” 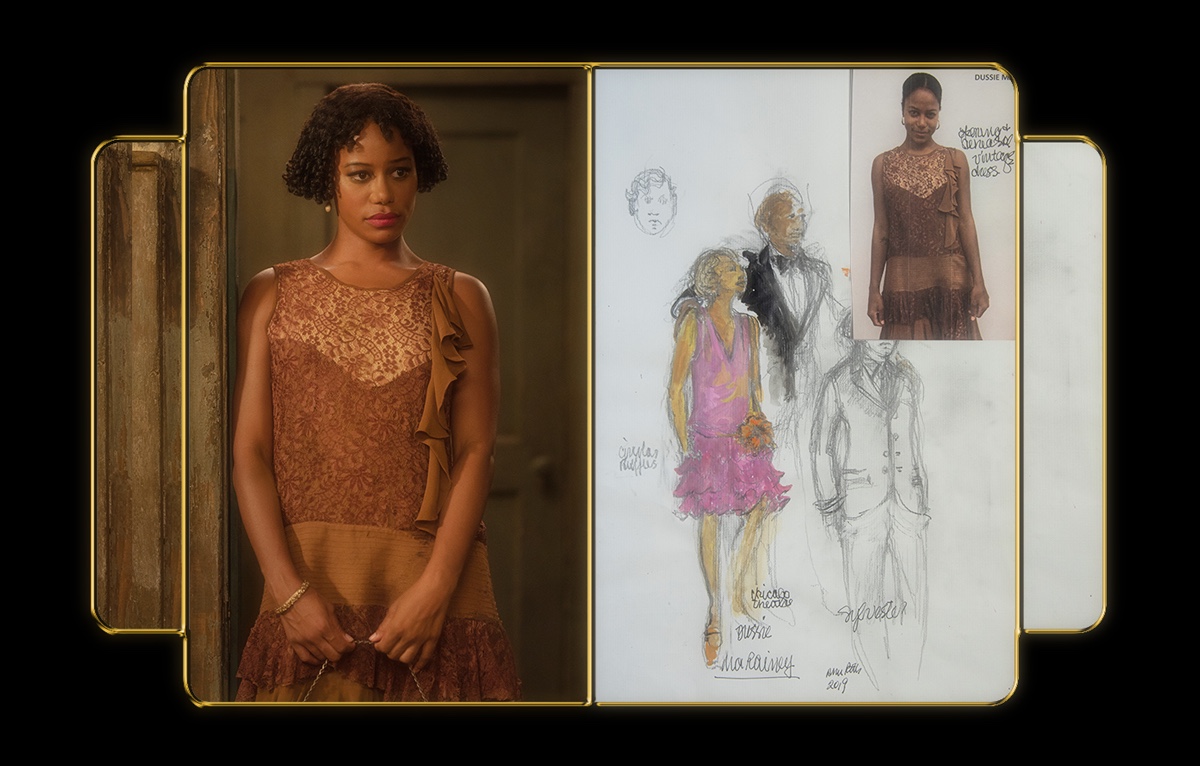 It’s that sense of loyalty that brought Roth to Ma Rainey. The film marks her fourth project with Wolfe, whom she previously worked with on the Broadway productions Shuffle Along, The Iceman Cometh, and Gary: A Sequel to Titus Andronicus. “George Wolfe is one of the best directors I know,” she says. “That’s the way it goes. If a friend calls and says, ‘We have to do this together,’ you have to think about that.”

As for any praise one might throw Roth’s way, the costume designer has an incontrovertible retort: “I’m 89 years old. What do you think I’ve been doing for all these years?”